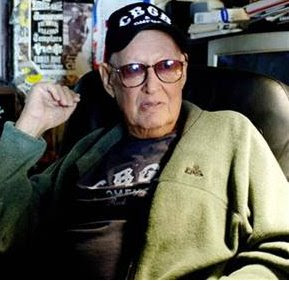 Bye Hilly. I just wanted to take this opportunity to mark the passing of Hilly Kristal: the owner and operator of the legendary punk rock incubator known as CBGB's who died Tuesday. 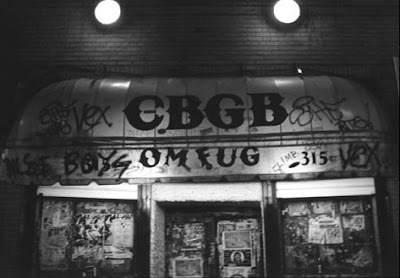 The Ramones. The Talking Heads. Patti Smith. Blondie. Television. We all know the litany of punk and rock legends that sprang to 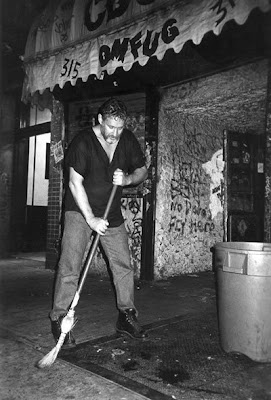 glory on the dank and spit-covered stage of that glorious New York dive CBGB's (and if you don't. . .what the hell's wrong with you?!?). And Hilly was the wacky Svengali that provided an outlet for this strange, iconoclastic punk rock fuck you to bloated 70's rock and roll royalty which had turned contemporary music into such things as Emerson, Lake & Palmer or Yes. Little did Hilly or any of the punks realize how big a contribution they would make. And now he's gone; probably fittingly less than a year after CBGB's itself closed it's doors forever. So wherever you are, spit a nice gob on the floor in memory of Hilly Kristal and CBGB's. Come on, you know you want to. 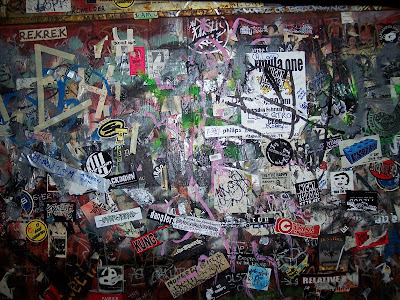 MONSTER MANIA CON. Well, this weekend is the latest in the Monster Mania Conventions to be held right down the road at the Cherry Hill Hilton (or whatever the hell they call it now). A solid weekend of horror memorabilia and DVD's aplenty. And for the first time, the magnificent Karen Black is going to be there signing autographs. Man, I sure would love to meet her.
Yep. I'm not going.
Posted by Cerpts at 1:40 PM 6 comments:

OK NOW LET ME GET THIS STRAIGHT. 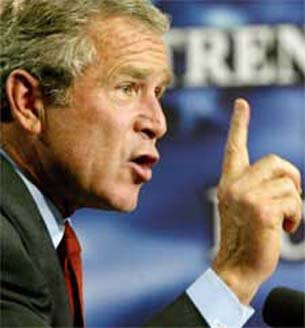 This guy now says that the War in Iraq is just like Vietnam? Correct me if I'm wrong but isn't this the same guy who said several years ago that people were WRONG for comparing this war to Vietnam? You know, before he told us "Mission Accomplished". Now let's see, how many years ago was THAT exactly??? So what he's ACTUALLY saying is that: Yeah, he actually DID embroil us all in another Vietnam. Well, at least he's finally come right out and said it.
But anyway, suppose we take him at his word. If this war IS just like Vietnam then, far from "not pulling out" (he says in his "compensating for something/erectile dysfunction" way), I would think that what he's REALLY saying is that we SHOULD leave. Like right now. Today. I guess the guy's a little confused (certainly not a new sensation for him). After all, the whole "domino theory" that kept us in Vietnam INTERMINABLY was proven totally false since Vietnam has proven to be NO threat to world peace before, during or after the Vietnam War. So consequently, if Iraq is just like Vietnam then leaving IMMEDIATELY will cause no problems whatsoever. Cool. Thanks for the heads up. And also, since the major problems occurred NOT from leaving Vietnam but for STAYING -- things started to get better in this country the moment that last helicopter lifted off from the embassy roof -- I'd say that W. is trying to tell us that we need to leave Iraq IMMEDIATELY. Just drop and run. So, uh. . .thanks for the tip, W.
Posted by Cerpts at 5:34 AM 3 comments:

Part 2--a recorded conversation between Hepburn and Ford 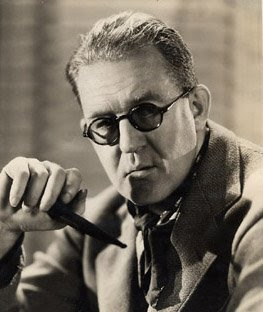 SEAN. In ten days, on August 31st, it will mark the 34th anniversary of the death of one of the greatest (some say THE greatest) directors of all time: John Ford. To mark the occasion, I thought I'd post these two little clips from a documentary on the director involving an previously unknown tape recording made between Ford and Katharine Hepburn in the year of his death. I hope the actually post since they are quite fascinating and provide a brief glimpse into the private hearts of both titans of the silver screen.
Posted by Cerpts at 11:26 PM No comments: 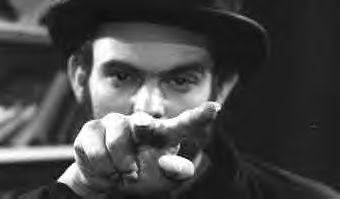 Sorry for my long absence but, while I have managed to get online about once a week I seem to have absolutely nothing to say. I guess the fact that my work has blocked blogs temporarily took the wind out of my sails. I used to go online at work every day and look at your blogs but that has been taken away from me. But rest assured I am planning something ambitious for the future -- I only hope it comes off the way I plan. 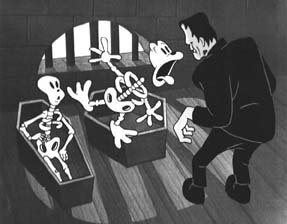 Since October, the greatest month in the year, is coming up fast, I intend to do something special in this blog for the Halloween month. Of course, since I can no longer blog at work, I'm going to have to shuck and jive and plan and plan to make this happen. Which will also entail a lot of pre-preparation on my part. The details will be announced later on but for right now I can only announce my honest intention to give it a try. I'm hoping it will be a lot of fun and at least mildly interesting for everyone dropping by. I certainly have the feeling I'll have my work cut out for me! But I think it will be worth it. Wish me luck.
But for now I can only say how much I miss viewing your blogs every day. By the time I do get to see them it's been so long since you wrote them that I feel stupid leaving any comments about them. But I do read them eventually. And hopefully the muddy doldrums I'm mired in will go away and I'll actually be able to give you all something to read right here on my own blog. Or at the very least I'll be able to pull out all the stops in October and make this blog something which will have something new to read all month long. We'll see. . .we'll see. . . 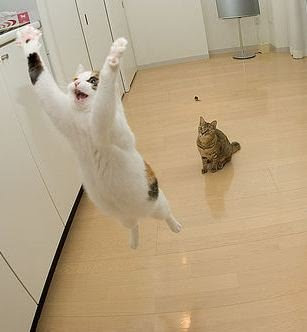 I'm running this photo without any comment. . .simply because it doesn't need any from me. It's simply marvelous, that's all!
Posted by Cerpts at 11:39 PM No comments: 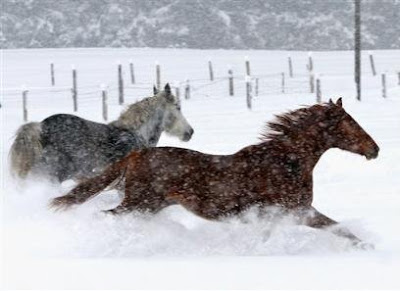 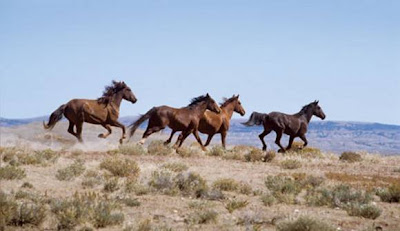 SOME KIND OF A DONUT! 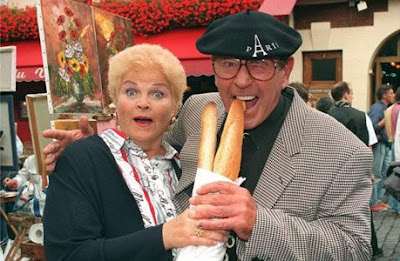 Just learned about the death of Mike Reid who, for umpteen years, played the bombastic Frank Butcher on EastEnders. Of course, since the lousy toerags at WHYY-TV stopped playing EastEnders several years ago, I haven't seen him for a while. But below you'll find a little tribute to him (and some of his catchphrases, Winkle).
Posted by Cerpts at 9:59 PM 1 comment:

Posted by Cerpts at 9:53 PM No comments: