FOR THIS MONTH'S GROUP OF AUDIO GOODNESS, IT'S STRAIGHT TO THE SPACE AGE BACHELOR PAD. 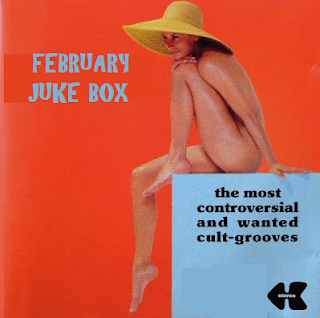 This February I'm feeling very loungey so I've provided 25 tracks of incredibly strange music for you.  Listen to the box over on the right -- and check back periodically because I just may add a couple tracks now and then before February is done.

Not withstanding the former Pope John Paul II's failure to abdicate during his obvious ill health during the final years of his pontificate, let us look at a few reasons why the current Pope's resignation deserves nothing but ridicule. 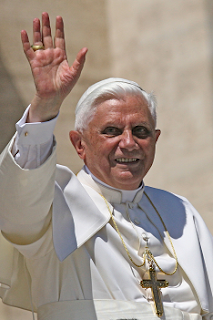 "Later, dudes!  Pope Benny's gonna kick it at the Old Pope's Home.  Keep those donations coming in!"
Is it any wonder, really, why the Catholic Church is on the downward slide to oblivion?
Posted by Cerpts at 11:45 AM No comments: