CLASSIC DR. WHO FIELD OF 64: THE CHAMPIONSHIP ROUND

AT THE RISK OF THIS BEING SOMETHING OF AN ANTI-CLIMAX,  I WROTE EXTENSIVELY ABOUT THESE STORIES IN EARLIER POSTS SO THERE'S NOT MUCH I CAN ADD ABOUT THE DETAILS OF THESE TWO STORIES.  But the sash of Rassilon and the fishbowl of Morbius must be awarded to crown the winner of my greatest classic DOCTOR WHO story of all time.  Therefore, it seems like there's nothing for it but to cut to the chase!  You will recall that the final match-up is between two number one seeds:  THE SEEDS OF DOOM versus PYRAMIDS OF MARS.  So there's nothing more to it than to announce that the winner of the greatest classic DOCTOR WHO story is:

THE SEEDS OF DOOM 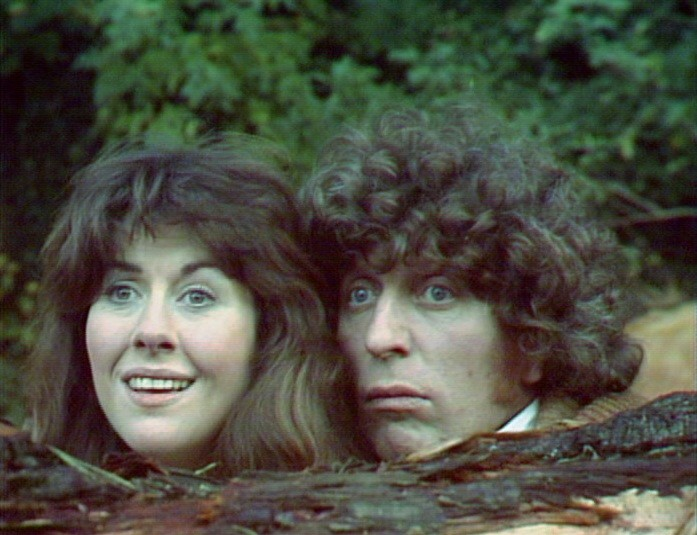 Sorry, MEGLOS fans.  Hey, I said "cut to the chase" back there.  Harrison Chase, that is.  See what I did there?  Ahem. 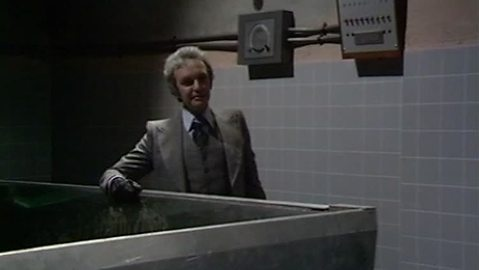 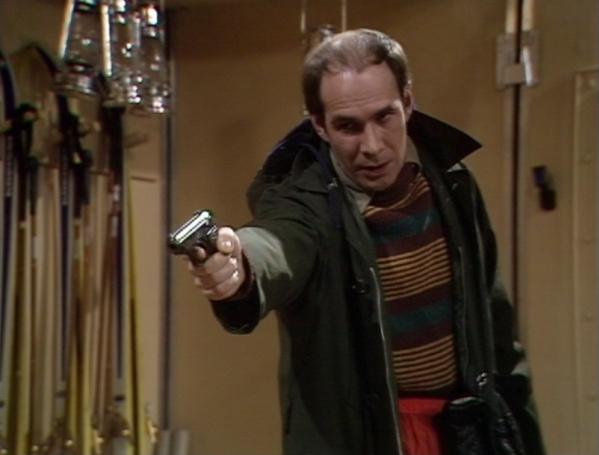 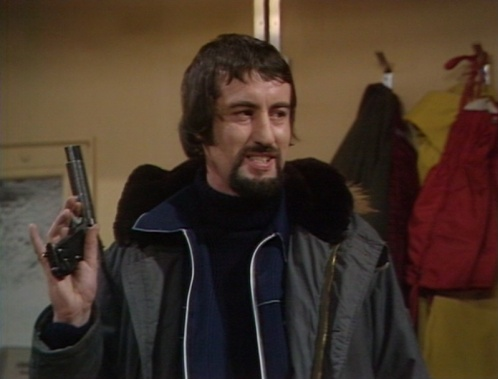 But seriously, ladies and jelly babies, I've watched and rewatched SEEDS OF DOOM for decades (and I just, in fact, watched it AGAIN last month for this field of 64) and it's always superb!  Interestingly enough, I see that on the wonderful, hilarious and indispensable  "ADVENTURES IN SPACE WITH MY WIFE" blog, the notoriously hard-to-please Sue Perryman gave SEEDS OF DOOM a 10/10 score.  Sue has spoken the eternal judgment:  "That was excellent!  What do you want me to say?". 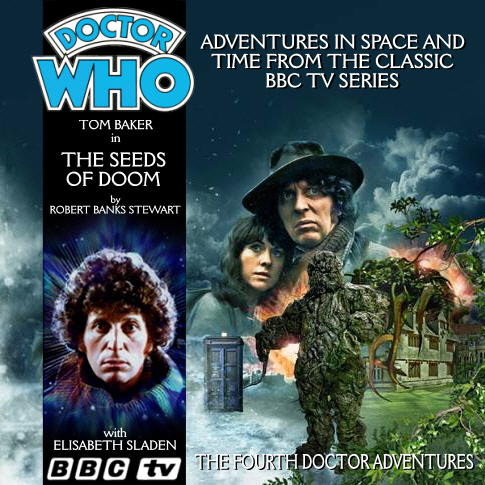 When husband Neil asked for elaboration, Sue replied:  "I’m not happy about the Brigadier being stuck in Geneva again. Are aliens attacking Switzerland? If not, where the hell is he? And Benton should have been there at the end with the weed killer. But apart from that, it was great. It’s a proper drama. There aren’t many characters in this, but the ones we do have are all brilliant. We get to spend lots of time with them and the actors are playing it totally straight. I love their little back-stories and quirky mannerisms; I really care about them, even the Butler was great. It reminds me of a Hammer Horror film with loads of really good character actors in it. I can’t really fault it – the direction, the music, the lighting, the performances. Yeah, you could repeat this on BBC1 tomorrow and people would still enjoy it."  I couldn't have put it better myself! 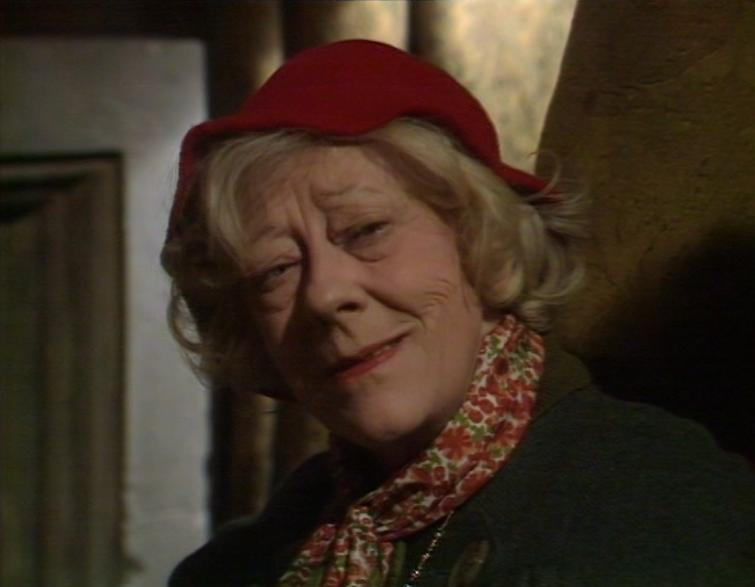 Growing up in the 70s, I was always a "horror kid" with a lesser-but-still-profound love of science fiction and fantasy.  On CREATURE DOUBLE FEATURE (Channel 48) as well as the beloved Dr. Shock programmes MAD THEATER and HORROR THEATER (Channel 17) every Saturday afternoon, horror movies were routinely interspersed with science fiction films from those classic fifties romps (THE THING FROM ANOTHER WORLD, THE DAY THE EARTH STOOD STILL) to all manner of other sci-fi goodies.  I grew up watching the occasional reruns of TWILIGHT ZONE and was of course a huge fan of STAR TREK (which was constantly airing on UHF all through my childhood years).  Certainly when the phenomenon of STAR WARS occurred in 1977, when I was 12 years old, I was also immediately captivated.  And there is no doubt that the importation of DOCTOR WHO onto U.S. television screens on PBS in 1978 owed something to Mr. Lucas' success; anything remotely "science fiction" was uber-in!  I've mentioned before how my Dad's friend Ronnie mentioned this cool show that just started airing on Channel 12 and how I should take a look at it.  I've also mentioned previously how the first episode of DOCTOR WHO that I ever saw was in fact the second episode of PYRAMIDS OF MARS which, owing to nostalgic importance alone makes it's second place showing here a bit of a shocker!  Of course, unlike STAR WARS (and to a great extent STAR TREK), DOCTOR WHO in the Tom Baker/Philip Hinchcliffe era (which were the first to air over here in the States and the first I saw) often combined it's science fiction with a healthy dose of horror:  the ubiquitous "watching from behind the sofa" cliché about DOCTOR WHO which made me love it all the more.  The Doctor, as played perfectly by Tom Baker, was unlike any hero I'd ever encountered in my baker's dozen-years of existence; he never used a gun and eschewed fisticuffs unless there was no other choice.  Instead, the Doctor outwitted his opponents often with a fantastic sense of humour (as only Tom Baker could bring to the character) combined with a quirky "alien-ness" and a pathological rebellious aversion to authority figures.  Could there be a better hero for any kid to follow on adventures?!?!?  I should say not!  Tom Baker was and always will be THE Doctor; those who came before him or after him, however superb and wonderful most of them are, will always be compared to Baker's example.  The fact that Tom Baker is a genuine British eccentric in real life, not just acting the part for a role, brought a lustrous sparkle to his performance.  The spark may have dimmed during the latter part of his tenure due to his disheartened exhaustion with the show but it still burst forth every now and then to remind us how truly perfect for the role he was. 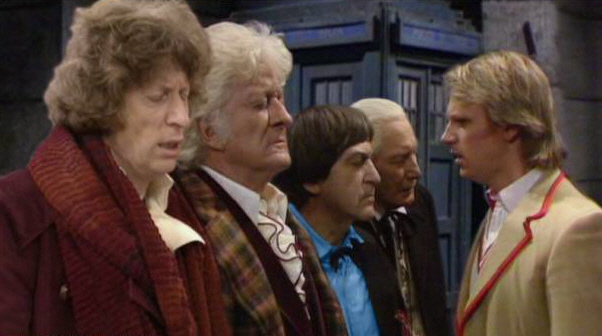 This having been said, the very concept of DOCTOR WHO is probably one of the richest in possibilities I've ever seen:  an alien runaway Time Lord "appropriates" a TARDIS and can travel anywhere in space AS WELL AS anywhen in time.  Oh, and he can also regenerate now and then so any actor in the role can be replaced with any other actor without missing a beat!  Does this make the possibility for stories anything less than infinite?!?  That's why, during this "field of 64" we've had everything from the (admittedly showing my leanings towards) horror episodes to straight science fiction to straight historical dramas.  There are very few television programmes which could feature stories like THE TALONS OF WENG-CHIANG and THE GUNFIGHTERS and THE CAVES OF ANDROZANI and THE AZTECS and THE MIND OF EVIL . . . all in the same TV programme!  Whereas another show might seem hopelessly schizophrenic, this refreshing mixture of all genres is par for the course in DOCTOR WHO.  This extends to the wide range of actors who have portrayed the Doctor in all his incarnations; all of them wonderful in their own ways even when, in the case of Colin Baker or Sylvester McCoy, they were sabotaged by their own producer's seemingly unending string of bad decisions . . .  or, in the case of Paul McGann, who only got one shot at the role in a botched production.  McCoy, of course, had the show beginning to start getting things right (before the BBC sadly pulled the plug on him) and Colin Baker and Paul McGann have now proven how great they could have been with their superb audio work for Big Finish.  To any actor, to any writer, to any producer, to any director, to anyone involved with the show, DOCTOR WHO can be a limitless opportunity to tell the best stories one can.  The premise of DOCTOR WHO is so incredibly rich that it can be all that imagination and passion can make it. 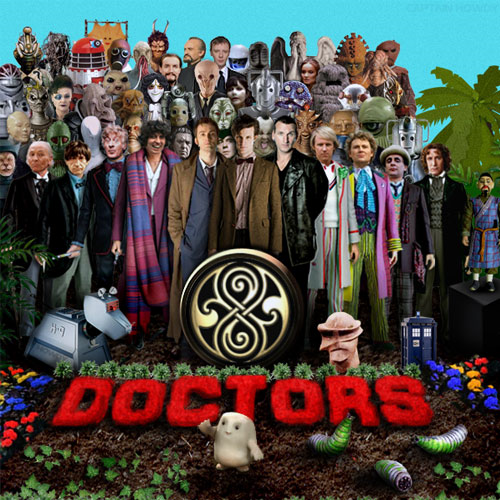 Simply put, this show means a lot to me.  After all, it seems an inescapable  fact that I've been watching DOCTOR WHO without interruption for 37 years now.  Even during the time when the show wasn't being produced (and, for that matter, even in the years BEFORE it's cancellation), I was rewatching it on video and, latterly, dvd.    And I still find to this day an incredible "rewatchability" to all these DOCTOR WHO stories; because, in the final analysis, whether THE SEEDS OF DOOM beat PYRAMIDS OF MARS or not really doesn't matter because we don't have to choose.  We can watch ALL the DOCTOR WHOs we want (those that exist, that is) over and over again.  And that is more valuable to me than the key to time, the ring of Rassilon and K-9's dog whistle all rolled up into one! 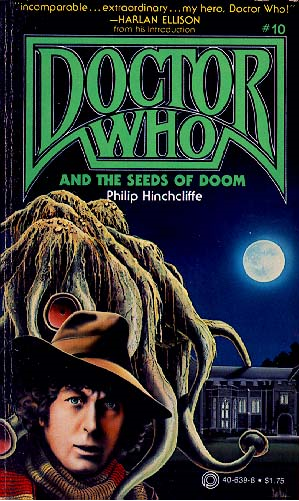