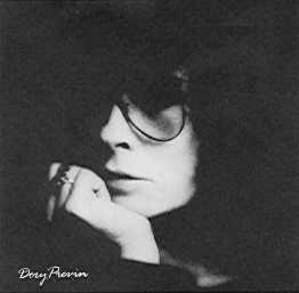 Here's a 1971 album I somehow got a-hold of as a kid. Probably out of my parents' record collection. It's by Dory Previn (who's got one hell of a biography, let me tell you. . .but we'll get to that a little later). This album was extremely odd and darkly fascinating to my young teenage brain. I literally haven't heard these songs for at least 15 years; mainly because it's been buried in my seldom-listened-to-anymore LPs and hadn't been released on cd. At least that's what I thought. Somehow, apropos of nothing, I searched for it and found out that it WAS available on cd. So I ordered it. And it came today. I've been listening to it on my computer at work. Now for those of you who don't know, I'm the guy who comes in later and stays after everyone else has pretty much gone home. So I've been listening to this album uninterrupted and it's been giving me this really strange, indescribable feeling. I hadn't heard the album for so long that I couldn't have sung them to you if I tried. But as each song on the cd played, I immediately recalled the melody and the words. I also realized that the record must've had quite a pronounced influence on my impressionable ears because it probably was critical in developing my later take on depression. Listening now, I can really relate to Dory Previn's attitude. 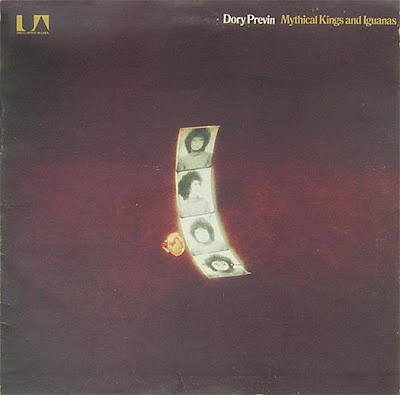 Dory Previn, as I said, had a REALLY interesting life. Her father fought in the trenches during World War I and was apparently gassed. His behaviour towards his daughter was, shall we say, erratic. He first rejected her but then changed his mind when her singing and dancing talents emerged. However, when Dory's sister was born the father's paranoia caused him to doubt she was his. One day in their New Jersey home, the father held the entire family at gunpoint and then literally boarded them up inside the living room for several months. It's not clear exactly how they eventually gained their release but Dory ran away from home at age 16. Who can blame her!?! Dory eventually became a staff lyric writer at MGM where she met and married famed film composer Andre Previn. Dory's lyric-writing would eventually earn her Academy Award nominations (including the soundtrack for VALLEY OF THE DOLLS) and an Emmy award. Sadly, Andre Previn would leave Dory and the marriage for Mia Farrow. Dory Previn retreated from life for a while and only held onto her sanity through "the cathartic process of songwriting, unburdening fears and anxieties in words and melody". She was institutionalized for a while and subjected to electro-shock therapy. She eventually emerged and United Artists signed Dory in 1970 and she produced several "singer-songwriter" albums. One of which was 1971's "MYTHICAL KINGS & IGUANAS" which made some impression on me when I heard it much later in the early 80's.
Dory Previn is both Irish and Roman Catholic which provides the one-two punch characteristics of morbid depression and misplaced guilt. No wonder I found her songs oddly fascinating. The rather nice cd liner notes by Paul Pelletier (which I quoted earlier) succinctly sum up the experience of listening to Dory Previn's songs and, for that reason, I'd like to quote him here:

Wow, I think he nailed it. Dory Previn's songs are oddly powerful without being strident or whiney. There is also QUITE a fixation with suicide which, owing to the fact that Dory Previn is still with us, she exorcized in her lyrics and not in real life. 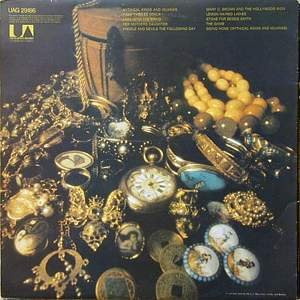 Dory Previn, in fact, actually has a myspace page and her influences are listed as: "Rudolph Valentino, God, pink turkey, Daddy, Shirley Temple doll, Ally (sic) McGraw, Peg Entwhistle..." This also sounds pretty spot on -- the Peg Entwhistle thing especially. You may recall a few months ago I mentioned it was Peg Entwhistle's birthday: the failed starlet who leapt to her death off the Hollywood sign. Before I had ever heard of Ms. Entwhistle, I had listened to Dory Previn's song "Mary C. Brown and the Hollywood Sign" which deals with the same subject and in which Previn sings: "Sometimes I have this dream/When the time comes for me to go/I will climb that hill/And I'll hang myself/From the second or third letter "o"." Probably the thing that this album influenced the most in my is my morbid sense of humour; because while Previn sings about things like suicide, loneliness and cruelty she sings it all very softly and calmly with quite a sense of humour. Sure, life sucks but at least it provides ironic poetry. In the song "Her Mother's Daughter" Dory sings of a girl whose father dies and whose mother insists that she never leave her alone; consequently she is never allowed to marry as she "listens in on other people's joys and looks longingly at all the passing boys". At least the girl gets to have some fun imagining how she will murder her mother. But of course, she never actually does. And in the song "Angels and Devils The Following Day" she tells us how she loved two men equally -- one a sensitive artist and one a coarse truck driver who bruised her. She then warns us not to judge too quickly since it was the sensitive artist who suffered from guilt the morning after while the cursing truck driver would wake up with a smile. "The blow to my soul/by fear and taboos/cut deeper far than a bodily bruise/and the one who was gentle/hurt me much more/than the one who was rough/and made love on the floor". Previn's lyrics never quite pan out the way you expect them.
"MYTHICAL KINGS & IGUANAS" is a fascinating listen; fascinating enough for me to remember it all these years later and finally seek out the cd reissue (which also includes Dory Previn's next album "Reflections In A Mud Puddle" on the same cd -- which features the remarkably creepy song "DOPPLEGANGER"). And I think the album had more of an impact on my skewed world view than I'd realized. Sadly, in recent years she has suffered from a series of strokes which had affected her eyesight. I naturally wish her all the best. But neither I nor Dory Previn really put much stock in happy endings. And that's just one more reason her songs have a particular resonance for me.
Posted by Cerpts at 6:48 PM

Labels: cerpts that live in the past, music