THAT'S THE SPIRIT!  It was our Bicentennial and that's all we heard about for most of 1975 and all of 1976!  CBS (I think) had been airing it's "Bicentennial Minute" shorts between TV shows.  And some of those shows grace my list of favourite TV Guide covers of 1976. 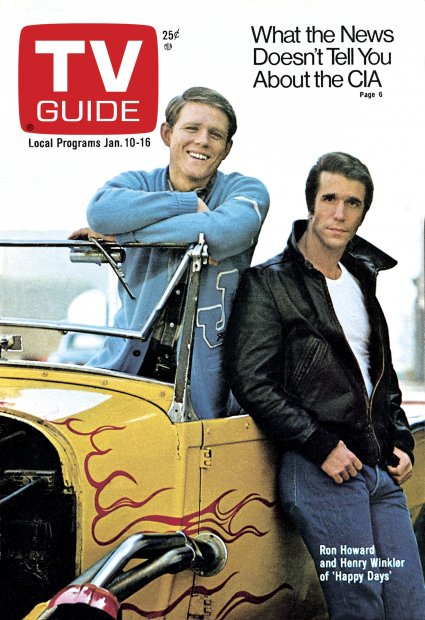 Previously HAPPY DAYS had become a smash hit and by 1976 it was firmly on top of the cultural consciousness.  "Sit on it!" was the new put-down and the Fonz was the epitome of cool.
THE WEEK OF APRIL 17 - 23 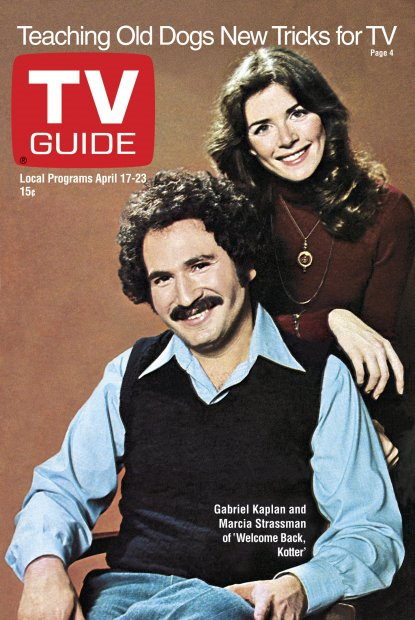 And then, the Sweathogs arrived and "Up Your Nose With A Rubber Hose" vied with HAPPY DAYS' "Sit On It!" as the putdown du jour.  WELCOME BACK, KOTTER's success brought another one of my childhood crushes to the cover of TV GUIDE:  Marcia Strassman.
THE WEEK OF MAY 8 - 14 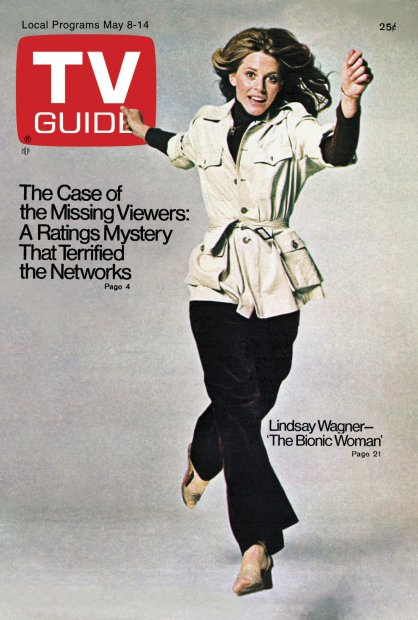 Oh wait . . . who's that running towards us now?  Oh yes, it's Lindsey Wagner in an attempt to point out that SHE was my biggest crush of that year as THE BIONIC WOMAN became a successful spin-off from THE SIX MILLION DOLLAR MAN show.  With Lindsey and I it was true love; I was willing to move to Ojai.
THE WEEK OF MAY 22 - 28 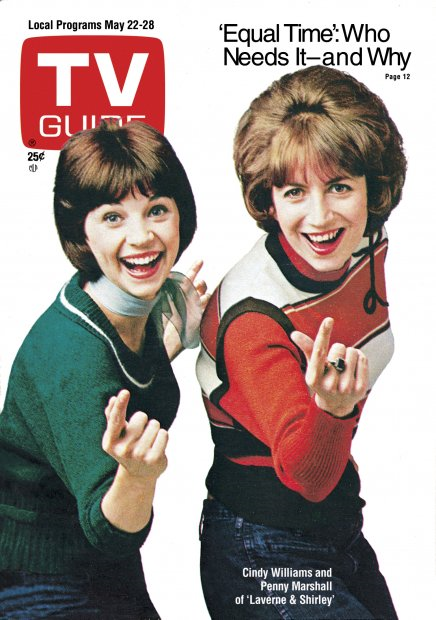 And speaking of spin-offs, LAVERNE & SHIRLEY became just as hugely popular as HAPPY DAYS and, in fact, I liked it even better than it's parent show.  I think my favourite episode was the first season one about the Schotz Brewery talent show.  Laverne & Shirley were doing a calypso number while Lenny & Squiggy did their monumental ballad "Starcrossed".  It just so happens that, on the episode's original air date, I audio taped the programme with my Radio Shack tape recorder placed next to the TV speaker so I knew this music-filled episode by heart long before I got it on DVD!
THE WEEK OF JULY 3 - 9 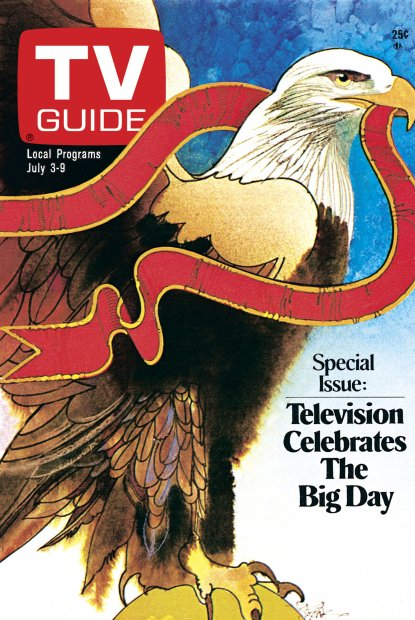 Oh and then there's that Bicentennial thing...
THE WEEK OF DECEMBER 11 - 17 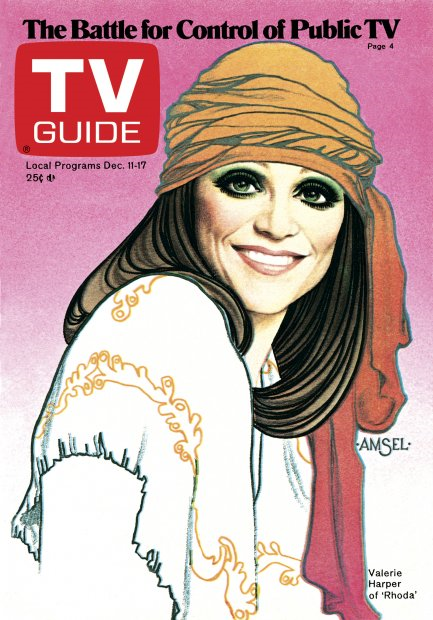 Valerie Harper as RHODA in another superb Amsel painting rounds out the year.
Join us again in a little while as we visit the year 1977!﻿
Posted by Cerpts at 11:32 AM