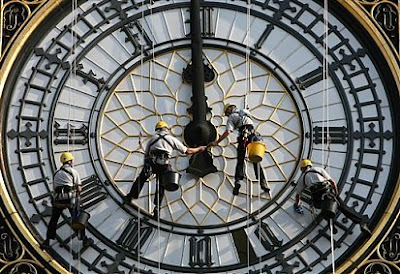 THE PENGUIN AWARDS FOR 1989?!?!? The Penguin Awards didn't exist in 1989. But just for fun I was wondering what would've been nominated . . . and what would've won. Nowadays, with a handy dandy ipod, one can ask to see all the songs from 1989 -- and that's just what I did. This gave me what I think I would've nominated way back in 1989. And notice there's no "Batdance". So here they are. . .what do you think would win for song of the year???
Baby Don't Apologize - Big Audio Dynamite
Closer To Fine - Indigo Girls
Everybody Needs A Holiday - Big Audio Dynamite
Healing Hands - Elton John
Home - Stephanie Mills
Kid Fears - Indigo Girls
Lonely - Janet Jackson
Lovesong - The Cure
Prince of Darkness - Indigo Girls
Run Through the Fields - Nuclear Valdez
Sacrifice - Elton John
Samain Night - Loreena McKennitt
The Sensual World - Kate Bush
Speaking of Dreams - Joan Baez
This Woman's Work - Kate Bush
What It Takes - Aerosmith
Posted by Cerpts at 1:32 PM

Labels: cerpts that live in the past, music, Penguin Awards

Wow it makes me realize just ow awful music is today. What a list! Ok, my top three voes would be 1. Sacrifice 2. Samhan Night 3. Closer to Fine

Hey, can we label these under Cerpts that live in the past?

The contrast is amazing, isn't it? Just think how tough it is for me to come up with nominees and winners today when, back in the day, we were literally drowning in audio riches! And yes, that's a pretty good idea to label these "cerpts that live in the past" -- however, I think that practically 99% of everything ON this blog lives in the past!!!