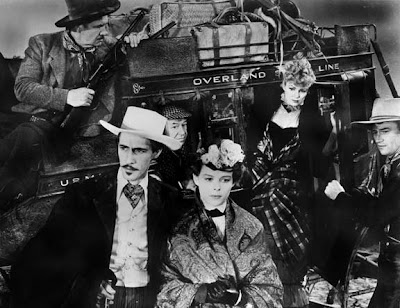 A YEAR IN MOVIES. I've watched a lot of movies in the past year. Many were old favourites but some were films I had never seen and watched for the first time. While some did not impress me that much, others have now joined the ranks of my faves. So here, at the end of the year, I thought I'd list the top 25 films I saw for the very first time this year -- and liked the most. I've listed them alphabetically (and you can click on each title to read more about them).

Well that's thems: the movies that I watched for the very first time this year and enjoyed the most. There were, of course, other great movies I saw for the first time this year which didn't quite make the cut of top 25: Action in the North Atlantic, Anatomy of a Murder, Broken Arrow, Casino, Cheyenne Autumn, Kenneth Branagh's Hamlet, The Informer, Jezebel, Thomas In Love, Vampira the Movie, One Flew Over the Cuckoo's Nest, Witchcraft and Once Upon a Time in China II. Here's to next year and another passle of great movies to watch and discover!