CHILLBLAINES: THE BEST CHILDREN'S MOVIES (IN MY HUMBLE). Now, I've always said that I'd like to see a lot LESS of everyone's inner child and a lot MORE of their OUTER ADULTS. Having said this, I must stress that this refers to BEHAVIOUR and not viewing preferences. So, when I think about my favourite kiddy movies, here are the ones I think of: 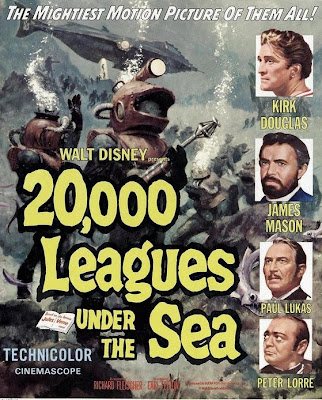 20,000 Leagues Under the Sea - Disney meets Jules Verne! James Mason is an incredible Captain Nemo. And we get Kirk Douglas AND Peter Lorre playing off each other. Not to mention one of the greatest designs in cinema history: the Nautilus. 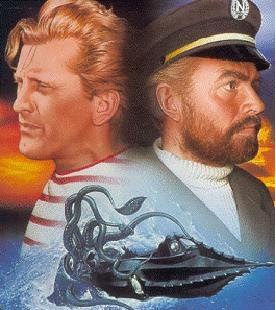 Bedknobs and Broomsticks - Mary Poppins lite. Sure. Hey, it even has David Tomlinson. But this has a lot to offer; like it's a lot more "witchy". Overtly. Angela Lansbury (or is that Sir Paul McCartney) plays a witch-in-training during World War II. 3 children are evacuated to her country house during the London blitz; Angela ain't too thrilled (refreshingly). When the Nazis invade, it's up to Angela, the ghosts of British wars past and "substitutiarilocomotion" to save the day.
Benji - OK, when I was a little kid I badgered EVERYONE to take me to see this film in the theater. So I must have seen it about 7 times. It still makes me cry like a lil beeyotch.
A Christmas Story - You'll shoot your eye out.
Fantasia - I liked this one even WITHOUT hallucinogens. Yes, Bela Lugosi was the basis for the drawing of the "Night on Bald Mountain" demon. No, I dont like the "Rite of Spring" dinosaur section AT ALL.
Finding Nemo - Can I help you? 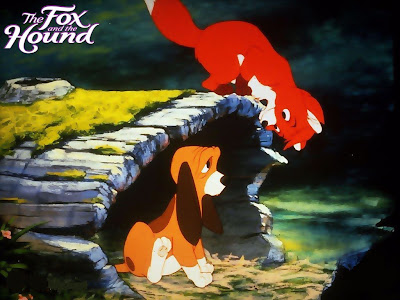 The Fox and the Hound Ahhwoooooowooooowoooowooowoooooooooo. Cry at this one too. (Hiya Cheekies!)
The House Without A Christmas Tree - Was obsessed with finding this early-70's TV movie for decades. Now I got it. Jason Robards plays the gruff father who won't let his daughter have a Christmas tree in the house. Too painful memories of his dead wife. Now the girl and her grandmother (played by the wonderful Mildred Natwick) have to work on the guy and melt his heart. The Jungle Book - Really. The "I Wanna Be Like You" sequence with King Louis (Prima) and Babaloo (Phil Harris) is one of the most classic Disney scenes EVER.
Labyrinth - Yeah, I always had a strong crush on Jennifer Connelly. We were about the same age so it's OK. Strangely enough I love this movie but HATE The Dark Crystal. Well, Jennifer Connelly wasn't in the Dark Crystal. And neither was Bowie. So, there probably lies the tale.
Lady and the Tramp - simply one of the best Disney movies EVER. Plus one of the most romantic scenes in movie history (the "Bella Notte" scene with the spaghetti, of course). Notice I said in ALL movie history; not in ANIMATED movie history. Quite simply this scene outdoes 2/3rds of ALL other romantic scenes in LIVE ACTION movies. Completely.
Mad Monster Party - Take the classic Rankin-Bass "claymation"-type animation they used in Rudolf and all those other Christmas specials and apply it to a movie-length Halloween film with the voice of Boris Karloff in it and waddaya get? A TV classic. All this and the song "Do the Mummy" too! 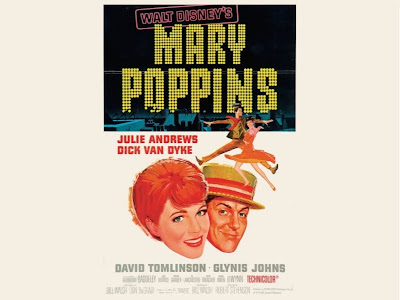 Mary Poppins - I guess this is probably my favourite Disney movie bar none. I love it from beginning to end. I've seen it hundreds of times. And I'll watch in many hundreds more. Funnily enough, again, I HATE The Sound of Music.
Matilda - One of the funniest kids movies ever made. Pam Ferris and the school principal from hell (Agatha Trunchbull) is one of the greatest screen portrayals of all time. Roald Dahl's story perfectly brought to life on the screen. Even if it IS named after that thing we used to push the cucumbers down into the vegetable slicer at Rustler with.
Peter Pan - The second star to the right.
Return To Oz - The REAL adaptation of L. Frank Baum's Oz books. A Dorothy (Fairuza Balk) that is the correct age. The genuine SCARINESS is kept in the film (as it should be) as well as the bizarreness which was softened for the 1939 Wizard of Oz. 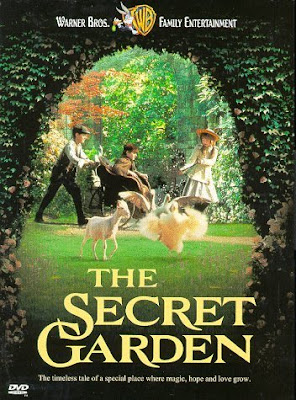 The Secret Garden - One of the best children's movies EVER MADE. This is the superb 1993 version which captures the magical qualities necessary to make the garden really evoke a lost childhood oasis. I wish I had a secret garden like that. And I'll take the spooky old mansion that goes with it TOO! Paradise!
Sleeping Beauty - The scary second half is terrifying and action-packed. Maleficent is one of the greatest Disney villains (and I'd like to marry her what a hottie). Um, OK let's move on.
Time Bandits - Terry Gilliam's delightfully Pythonesque tales of a little boys and a band of "little people" who steal a map that allows them to travel back and forth through time.
Treasure Island - Terrific adaptation of a classic novel. Robert Newton is the quintessential Long John Silver. Along with 20,000 Leagues, one of the best of the "dramatic adventure" live action Disneys.

The Water Babies - This is a perverse love of mine. I adored this movie as a kid. Watching it now kinda makes me cringe. But it still has a soft spot in my heart. Hell, it's got James Mason AND Bernard Cribbins as two criminal ne'er-do-wells. And it's got animation mixed with live action. AND it tries shamelessly to be Mary Poppins. AND it has a KRAKEN!
Willy Wonka & the Chocolate Factory - Haven't seen the remake. I love Johnny Depp but Gene Wilder will always be the quintessential Willy Wonka to me. This movie is simply perfection. I can't really back up my thoughts that the remake was a remake that didn't need to be made but I suspect I'm right about that. And as a little kid, I got the ice cold shivers during this scene: "Up the airy mountain, down the rushing glen, we daren't go a-hunting for FEAR of little men!" Brrrr, I got chills AGAIN!
The Wizard of Oz - What can I say? This one is a stone classic and there's nothing I (nor Peter David) can say to convince anyone to the contrary. Sure it doesn't even have internal logic. Sure "Return To Oz" is a MUCH better Baum adaptation. But hey, you gotta love this one, right?
Posted by Cerpts at 5:48 PM