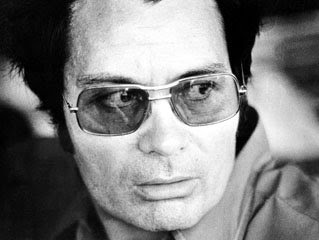 Great, now my brain hurts and the only thing I know for sure is that I can no longer use my "drink the koolaid" jokes anymore.

Oh yes you can, dear heart. Fret not. Remember that EVERY conspiracy theory is valid and ACTUALLY happened. So that includes the kool-aid scenario we've all grown to love. Don't worry. We can have our kool-aid and drink it too!

The guy who killed Moscone and Milk was named Dan White, he was a noted homophobe and conservative member of San Francisco's city council. He had quit his job due to low pay, but had a change of heart and pleaded for his job back. When Moscone (then mayor of SF) refused him his position, White went on his rampage killing both Moscone and Harvey Milk (the city's openly gay city supervisor).

Dan White was only charged with manslaughter as his defense claimed that he was depressed and had been addicted to sugary snack foods for years (the Twinkie Defense).

After he served his sentence (all of seven years), he tried to come back to SF, but the current mayor wrote him and asked him to stay away ... none the less he returned, to the city, to his wife and family and eventually killed himself by sitting in his car while it ran in the garage.

The guy was a nut-case.
***************************
If you ever read the third Tales of the City, (Further Tales of the City), Armestead Maupin introduces a mysterious character who turns out to be Jim Jones (in the book, Jones faked his own death and came back to SF to reclaim several children who "got away" from Jonestown). He is killed in the end by the maid of a wealthy woman who recognizes him as she used to attend his old church...a different sort of conspiracy theory is raised in this book, I'll have to dig it out and give it to you to read...