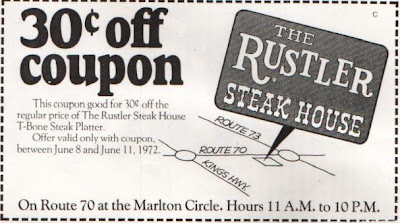 THE FIVE HOUSES: THE RETURN OF THE RICKY RICKY RICKY TRICKY QUICKIE QUIZ. Cerpts that Live in the Past brings you something REAL OLD. Back in April of 1985 (when I was writing the Rustler Newsletter), I put in this brain teaser that ONE of my readers probably remembers (on account-a he's so old too). It was called "The Five Houses". You're pretty good if you can do it in 30 minutes or less. You're going to need a pencil and paper for this one. And whoever gets the correct answer and posts it in the comments FIRST wins a prize: I will give them a kiss! That's right. . .male or female. . .I will give them a kiss! So, now that I've guaranteed NO ONE will try to figure out the puzzle; here it is: You are asked to study the 15 facts below and then answer these 2 questions: 1) Which man drinks diet soda? 2) Which man owns a spider monkey.
There are five houses. In each house lives a man of a certain nationality who has his favourite drink, his favourite game, and his own pet. Every fact must be taken into account to answer the two questions.
1. There are five houses in a row, each having a different colour.
2. The Englishman lives in the red house.
3. The green house is to the right of the white house.
4. The Italian owns a puppy.
5. Lemonade is drunk in the green house.
6. The Swede drinks coffee.
7. The man who plays backgammon owns a toad.
8. The man who plays racquetball lives in the yellow house.
9. The man in the middle house drinks milk.
10. The Russian lives in the first house.
11. The man who owns the camel lives next to the man who plays pool.
12. The man who owns the rat lives next to the man who plays racquetball.
13. The man who plays solitaire drinks vodka.
14. The American plays charades.
15. The Russian lives next to the blue house.
OK, now GO!
Posted by Cerpts at 2:24 PM

I don't know who owns the spider monkey but I bet his name is "Friend".

I think this one is way to difficult. But my answer is the Italian owns the spider monkey and the American drinks the diet soda. Butyou can't know for sure one can only make an assumption and you know what happens then. Yo make an ass out of u and mption. This is the old Einstein quiz only a bit different.

Stop looking things up on the internet, you douche.

And unfortunately for you, since it says in one of the 15 statements that the Italian owns a puppy he can't possibly own the spider monkey. You douche.

Douche is a fun word. I like saying douche.

Could you please post the solution? I went through a lot of scrap paper and still haven't figured it out. I know, I know, based on my haircolor I never should have tried to solve this to begin with, but now I'm mad and want to know where I went wrong.

But how can I post the answers when there hasn't been a winner yet?!?!?!

I see that all of you are DESPERATE not to receive a kiss from me.

Well, if that's the way you feel about it. . .I'll reveal the answers.

Oh and P.S. The kiss I was gonna give ya is made by Hershey's. So, calm down.