A TRIBUTE TO DR. SHOCK

FOR ME GROWING UP THERE WAS ONLY ONE TV HORROR HOST:  DR. SHOCK. 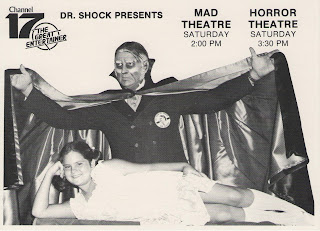 From 1970 to his tragically early death in 1979, Joe Zawislak was the horror host for Philadelphia area television on Channel 17.  Like almost every horror host, it all began with Zacherley.  Or, as John Zacherle was originally known when he first started on Philadelphia's WCAU-TV:  Roland (accent on the second syllable -- Ro-LAND).  After his incredibly successful run in Philly, Zacherle had left for the greener (and bigger) pastures of New York.  In 1969, Channel 17 acquired a passel of horror films and wanted Zacherley to host.  The Cool Ghoul politely turned them down as he was currently a successful DJ in New York. 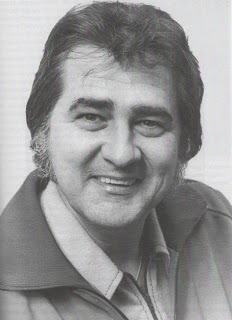 Now, Joe Zawislak was a professional magician and a fan of Zacherley (or Roland) who occasionally donned Zacherley's make-up for his act.  In a chance meeting in a barber shop, Channel 17's station manager was complaining about trying to find a horror host; Zawislak overheard, applied some cigar ashes to his face and went into his act.  So impressed was the station manager that Joe was given a screen test and Dr. Shock was born.  Zawislak asked Zacherle permission to use a variation of his make-up and the Cool Ghoul gave him his blessing. 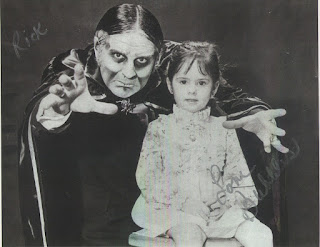 My autographed photo of Bubbles with her Dad

During his 13 week trial period, Zawislak made the station very nervous; not only did he perform magic tricks and ad-lib but he frequently went overtime by up to half an hour.  Channel 17 got cold feet and cancelled Dr. Shock.  What followed was a major uproar as the station was deluged with complaints.  Needless to say, Dr. Shock was soon back on the air with a late night programme called "Scream-In" co-starring his infant daughter Doreen who would forevermore be known as "Bubbles". 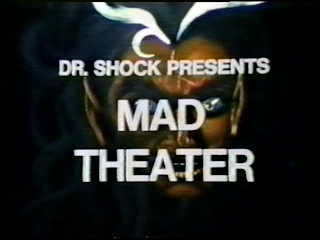 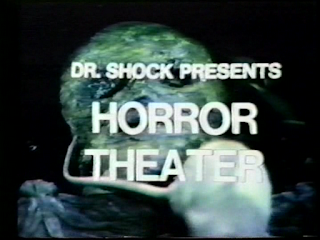 Not too long after, Dr. Shock moved to Saturday afternoon with two shows covering 4 hours of programming:  Dr. Shock's Mad Theater and Horror Theater would play every Saturday of my childhood.  For those who didn't grow up watching a horror host, it's impossible to relate to you the deep affection we have for those we grew up watching.  Dr. Shock ushered into my living room scores of classic (and not-so-classic) horror movies and science fiction films that sparked a lifelong love of the genres.  Dr. Shock was beloved in his own time due to his extensive charity work and local appearances which made kids and grown-ups extremely fond of him.  His death was a terrible shock to all of us who were his fans. 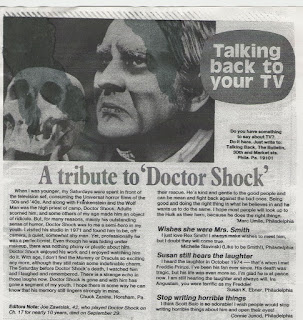 An article in the TV section of "THE PHILADELPHIA BULLETIN" on Zawislak's death.

Sadly, it appears that almost all of the footage of Dr. Shock may be gone forever; all that remains is the one-hour (aired without commercials - a stunning precedent at the time) "TRIBUTE TO DR. SHOCK" that Channel 17 aired in prime time after his death.  There is also a record album "MONSTER MASH" and the scarce advertising promos and "Let There Be Fright" buttons (his trademark motto).  Other than that, we have only our memories of a man who provided hours and hours of delight in our childhood.  There is a nice book by John Skerchock entitled "THE FRIGHTFUL DR. SHOCK" which I highly recommend you seek out. 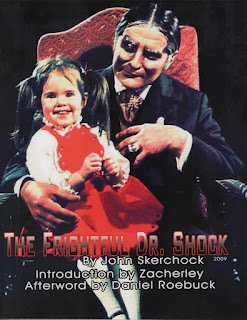 Also, actor Daniel Roebuck sometimes appears as "Dr. Shocker" - a lovely tribute to Joe Zawislak's Dr. Shock - in stage performances as well as in the popular DVD "HALLOWEEN:  THE HAPPY HAUNTING OF AMERICA".  I've been lucky enough to meet and correspond with Dr. Shock's daughter Doreen (Bubbles herself) and have met his son Joe Jr. (who appeared in his father's costume and makeup one memorable night at the Monster Mania Convention) and this tribute is dedicated to them as well as all the fans of Dr. Shock who continue to hold him in their hearts.  No Countdown to Halloween I do could ever be complete without the spirit of Joe Zawislak's Dr. Shock watching over it.  So, the next time you watch a monster movie, raise your glass to Dr. Shock and give him a toast with his own immortal words:  "Let there be fright!"

I've been doing some research on Dr. Shock as my father and uncle, along with some of their friends were guests on this show. They were part of a western re-enactment group called the 'Hole in the Wall Gang' who did "outlaw vs sherif" type acts in parades and football stadiums.

I was hoping to dig up the video of their episode but as you state on the blog, it seems that they are lost forever. Luckily, my uncle has three photos of them on set with Dr. Shock, which must have been taken just prior to filming the actual episode.

Unknown said...
This comment has been removed by the author.
1:02 AM

I grew up in a little town in Maryland called Elkton which is about 50 miles south of Philly.Spent many a Saturday afternoon watching Dr.Shock on channel 17.Such good memories!

I grew up in a little town in Maryland called Elkton which is about 50 miles south of Philly.Spent many a Saturday afternoon watching Dr.Shock on channel 17.Such good memories!

VaporFi is the best electronic cigarettes provider on the market.

My Mom was a secretary for one of the Philly area radio stations back in the day. Their new engineer came from CH17 and gave me this Doctor Shock promo skull ashtray when she told him I was a fan. Still sitting on my desk all these years later...

Love Dr Shock. I think I watched it alot on saturdays. He was the one that started me to collect eerie and creepy monster magazines and building and collecting aurora monster models. This was a very cool time. I really miss those years. I am 54 now. Its tough to grow up and get old but it would have been cool to see Dr Shock longer then we had him. Condilences to his family. He was a super guy. I will never forget

I really loved reading your blog. I also found
your posts very interesting. In fact after reading, I had to go show it to my
friend and he ejoyed it as well!
Argentina Fifa World Cup 2018 T Shirts

Thanks for sharing this information. I really like this post.
watch nota telugu full movie online free

Clipping path is a must for any kinds of product images. Clipping Path Service can provide you with your desired product with a high-end view which will help you to attract both the organic customers and paid to add customers. Do clipping path for your business growth and show your customers what you have!

Creative Banner is a focusing fact for any kinds of business institutions. Banner show your products identity which is provided by you. Manage your banner design service creatively by any professional designer to highlight your products. Cr eative banner grabs your customer’s attention.

Photo Retouching is one of the most impressive services in photo editing. It helps to bring a positive vibe and look on the photos. Most of the end-level users are in great needs of Photo Retouching Services. But you need to be careful while selecting the best one.
Chat conversation end
Type a message...