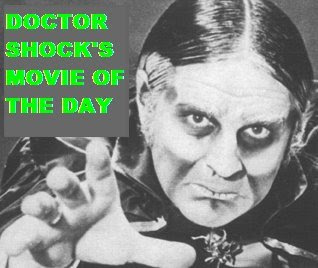 WHOOPS, IT LOOKS LIKE TODAY WE HAVE A DOUBLE FEATURE! There COULD be a Halloween without Jack the Ripper - - but it wouldn't be nearly as much fun, would it? 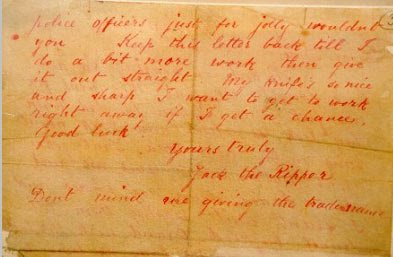 So here we have what many people consider the best Ripper film: 1944's "THE LODGER" directed by John Brahm and starring the amazing and tragic Laird Cregar. This is the film which catapulted Cregar into the public eye and it's no wonder; his Ripper portrayal is subtle yet packed with all sorts of baggage. And I don't mean his little black bag. He burned that anyway. 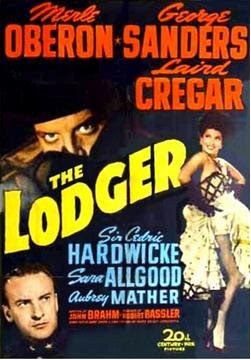 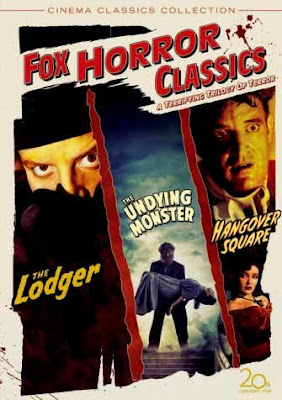 "The Lodger" has been newly released this week on DVD along with John Brahm's beautifully photography but rather empty werewolf film "The Undying Monster" and Brahm & Cregar's Lodger follow-up "Hangover Square". I must say the films look absolutely beautiful in gorgeous restored prints. But however nice it looks, "The Lodger" is Cregar's film. From the moment we see him, walking down the damp and dreary Slade Avenue, Cregar commands complete attention . . . yet without seeming to do anything. But his EYES! There's a lot going on there. . . and they seem as deep as the deep, dark water of the Thames (which Cregar's "Mr. Slade" seems fascinated with. A wonderful scene occurs later in the film where Cregar gently lets the water of the Thames wash the blood from his hands after a Ripper murder. There also seems to be the living dead in this film. OK, not really. But a curious Fox front office decision takes the murder of Annie from the middle of the film to the first scene. Some quick dubbing has someone call out a different name but the same actress who is killed in the first scene turns up later alive. I guess it was thought that, since we didn't see the woman's face, we would realize that. However, the scene was so good Fox insisted it be moved to the opening scene. 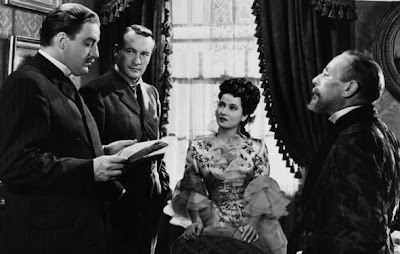 This is indeed an A-production with Fox big name players Merle Oberon (yes, from Wuthering Heights), George Sanders and Sir Cedric Hardwicke accompanying Laird Cregar through the fog-enshrouded film. However, there's no looking at anyone else while Cregar is on the screen. When his landlady comes upon him turning all the pictures of old-time actresses to the wall, Cregar immediately exudes a powerful menace. Seems Cregar doesn't approve of loose women or actresses! Yet, he is always soft-spoken, quoting scripture and quietly coming and going through the rooming house's back door. Later, a powerful scene involves Cregar showing the landlady a portrait of his dead brother whom the script tidily assures us came to a bad end through the offices of a beautiful woman. This gives us a "wrapped with ribbon" motive for Cregar's butchering of women. However, Cregar (with Brahms's approval) plays the scene with undertones that reveal he was actually in love with his brother. The barely-contained hysteria in Cregar's performance of this scene speaks volumes; it gives us a truer motive for the way the Ripper behaves as well as making the audience sympathize with him - - despite his foul and bloody deeds. Not only would this be "the love that dare not speak it's name" but it would've been incest as well. So, Cregar's fanatical love for his dead brother combined with his hatred of all alluring women for taking his brother away from him, make the savageness of the Ripper's attacks make sense now. Either way, this was a masterstroke characterwise that Cregar and Brahm put over on the unsuspecting studio.

Another wonderful scene between Cregar and Oberon finds them discussing how one can love and hate something at the same time. Oberon thinks this is impossible but Cregar, with low melifluous voice tinged with secret urges tells her that it is in fact very possible to love and to hate the same thing. And then, he says, it becomes a problem. "I take my problems to the river," Cregar intones. The deep, dark water that is so soothing to him -- and can hide anything below it's deep black surface. Sadly, Laird Cregar's determination to become a matinee idol by shedding a massive amount of weight surely led to his tragic early death. Personally, I prefer the fat Cregar; he was one of the most interesting actors of the 40's. And "The Lodger" is one of the most interesting Ripper films "yours truly" has seen.