ON THE FIRST DAY OF THIS HALLOWEEN COUNTDOWN, WE PRESENT THE FIRST IN A MONTH-LONG CELEBRATION OF THE WOMEN OF HORROR FILMS.  I had already chosen this feature long before I saw Emma Watson's UN speech so there must've been a convergence of the stars which makes this a most appropriate choice for the month.  Female actors in horror films have historically not had the same well-rounded roles as their male counterparts.  Male horror icons such as Boris Karloff, Bela Lugosi or Vincent Price have benefited from a wealth of top horror roles while the women who acted in horror films, for the most part, assayed the rather thankless task of eternal victim or ineffectual screamer.  Yet, despite this artistic hindrance, there have been many actresses who broke through this cobwebbed ceiling and delivered spectacular, standout performances throughout the years.  All month long, I will be shining the deserved spotlight on those actresses whom I would place in my pantheon of the women in horror films.  Sadly, since there are only 31 days in October, there are a number of women who will necessarily be left out.  However, they are no less deserving of recognition and the history of horror cinema would be bereft without them. 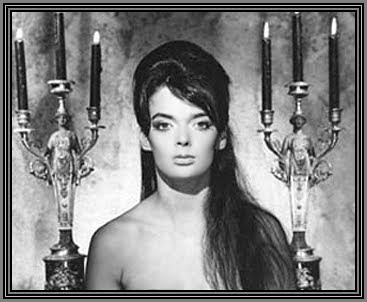 The first woman of horror is, to me, the undisputed queen.  Every bit the equal of Karloff, Lugosi or Price, BARBARA STEELE became and remains something of a horror film cult.  Often playing dual roles in films such as BLACK SUNDAY or NIGHTMARE CASTLE -- as if one role could not contain her incandescent power -- Barbara Steele's visage up on the silver screen embodied the gothic.  The odd beauty and the startling eyes made her seems as if she was not of his dimension.  Equally at home playing the demure or the monstrous, Barbara Steele held full command of the screen whenever she was on it. 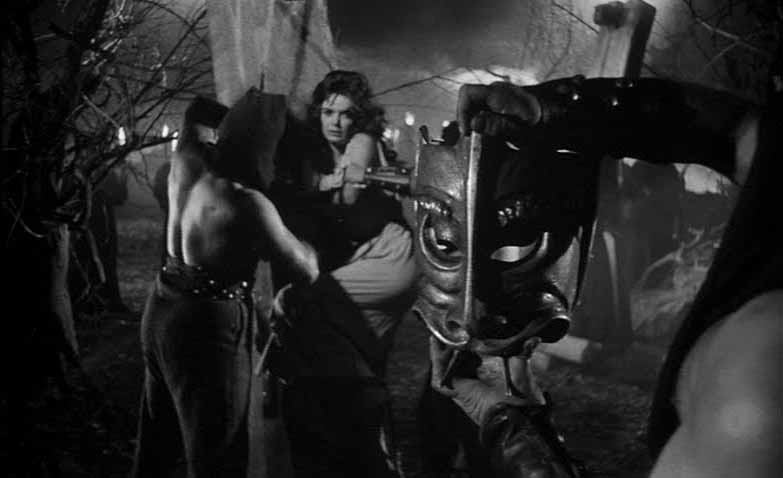 Mario Bava's BLACK SUNDAY (1960) catapulted her to international prominence as the vampiric witch who returns from the grave to possess her identical descendant.  She haunted the screen as Vincent Price's late (?!) duplicitous wife in Roger Corman's THE PIT AND THE PENDULUM 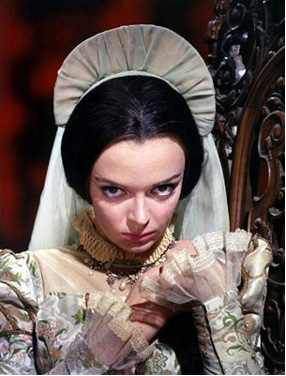 and was fetishized by director Riccardo Freda as the wife of the necrophiliac HORRIBLE DR. HICHCOCK. 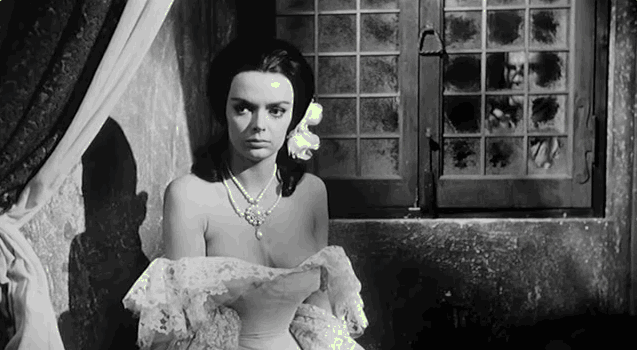 She was the cursed ghost in the loose Poe adaptation CASTLE OF BLOOD condemned forever to repeat her death once a year. 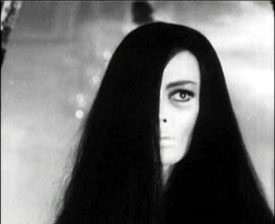 In NIGHTMARE CASTLE she once again played twins (one good, one evil) and starred in the enormously fun early Michael Reeves film THE SHE BEAST.  She was the ram's-horned, green-skinned witch Lavinia in THE CURSE OF THE CRIMSON ALTAR aka THE CRIMSON CULT alongside fellow horror icons Boris Karloff and Christopher Lee. 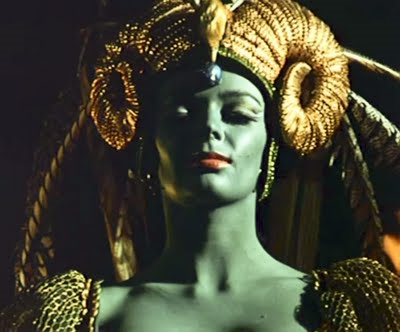 She was the dour widow who hired a "sin eater" to eat the sins of her dead husband in the NIGHT GALLERY episode "THE SINS OF THE FATHERS" on television and, later, reprised the Grayson Hall role of lovesick Dr. Julia Hoffman opposite Ben Cross' Barnabas Collins in the 1990 TV reboot of DARK SHADOWS. 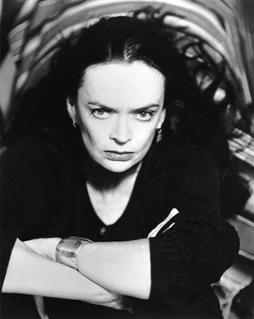 And this very year she returns once again to the horror genre as she voices "The Apparation of the Mill" in Kevin McTurk's newest gothic horror puppet short THE MILL AT CALDER'S END now in post-production.  The following lists the horror genre goodies for which Barbara Steele is hereby crowned my Countdown to Halloween Queen of Horror: 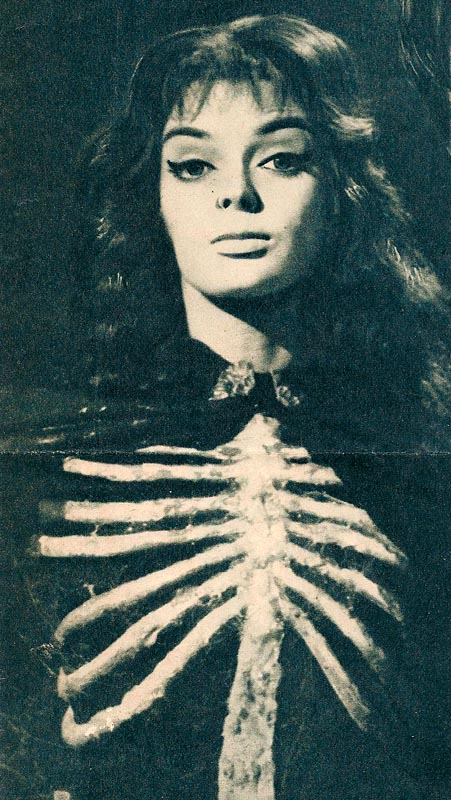 Come back tomorrow to see the Queen's first courtier in the Pantheon of the Women of Horror!
Posted by Cerpts at 8:00 AM