THE FIERY, SULTRY STAR OF SUCH CLASSIC FRENCH FILMS AS "LA RONDE" AND "LA BETE HUMAINE" ALSO MADE A HUGE (CLAW)MARK ON HORROR CINEMA. 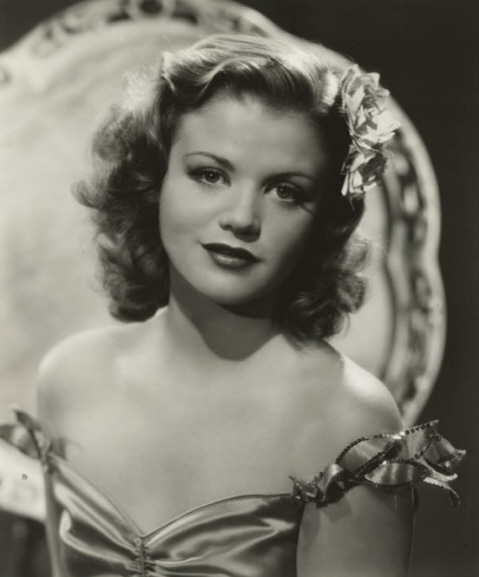 She was the bewitching Belle in the film version of THE DEVIL AND DANIEL WEBSTER.  But, of course, we horror fans know and love her for her two portrayals of Irena in the Val Lewton productions CAT PEOPLE and CURSE OF THE CAT PEOPLE.  In the former, Simon plays Irena who is haunted by the fear that her European ancestors have instilled in her the curse which turns her into a murderous panther whenever her emotions are aroused.  In the latter film, she returns as the ghost of Irena at the bidding of the daughter of her former husband.  Simone Simon was obviously cast for her feline beauty but she's no slouch in the acting department either; she brings the torment and conflicting nature of Irena to life. 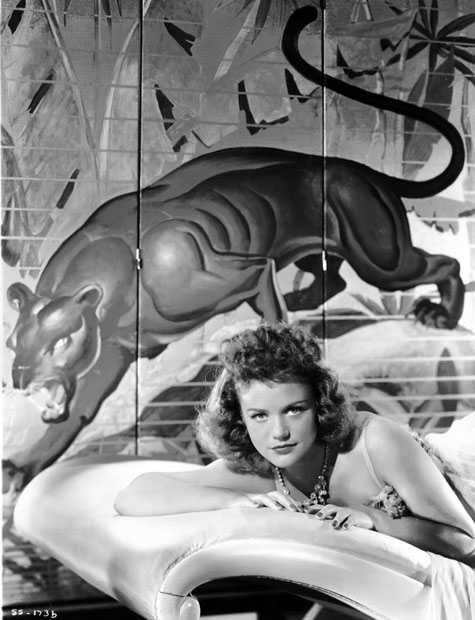 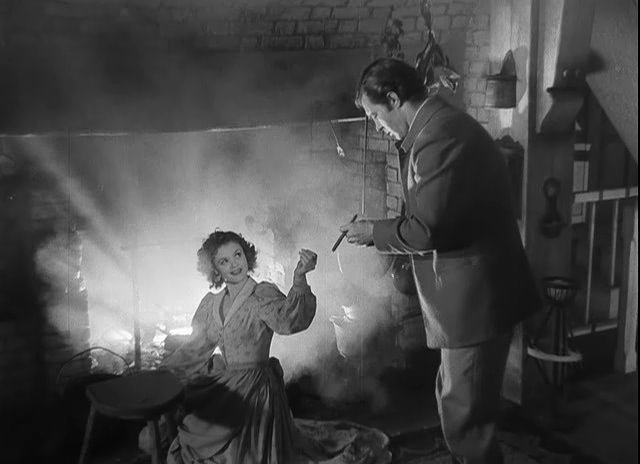 the bewitching Belle in THE DEVIL AND DANIEL WEBSTER 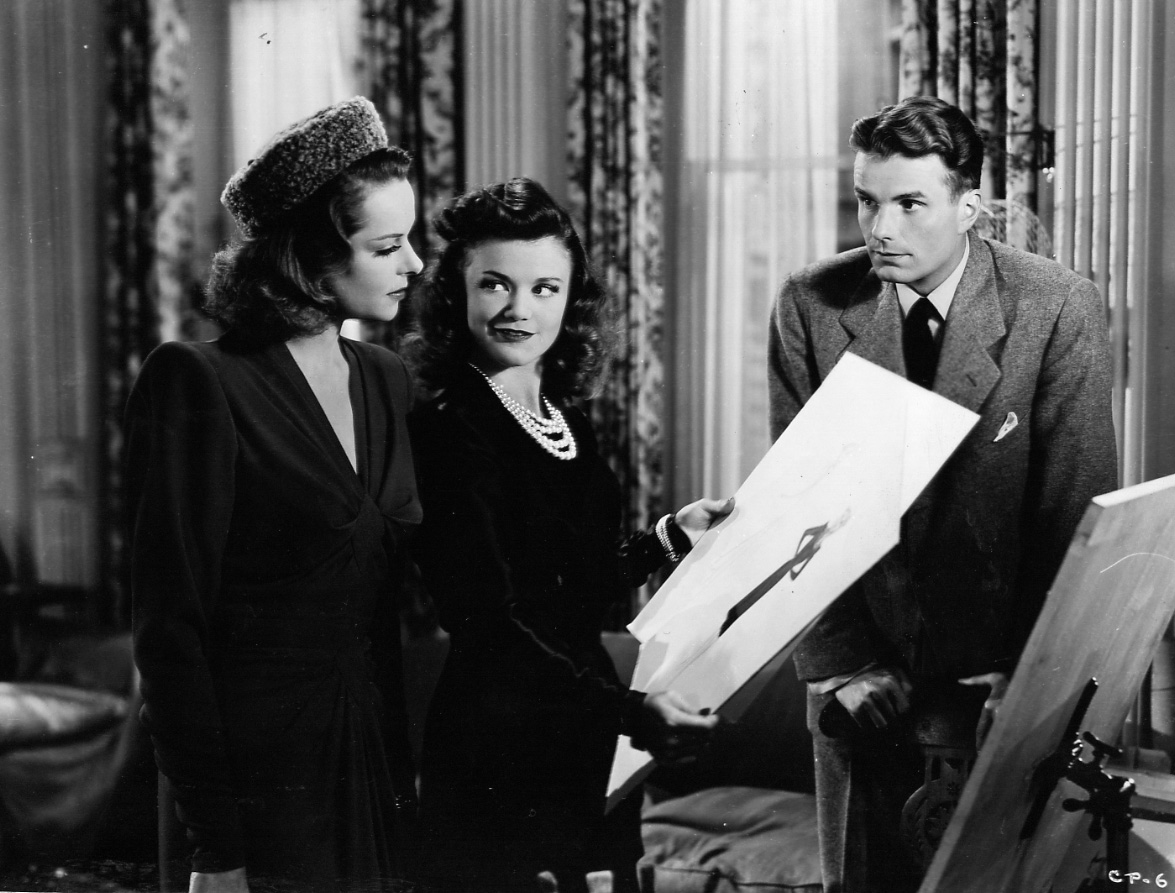 offering to show Jane Randolph and Kent Smith her etchings 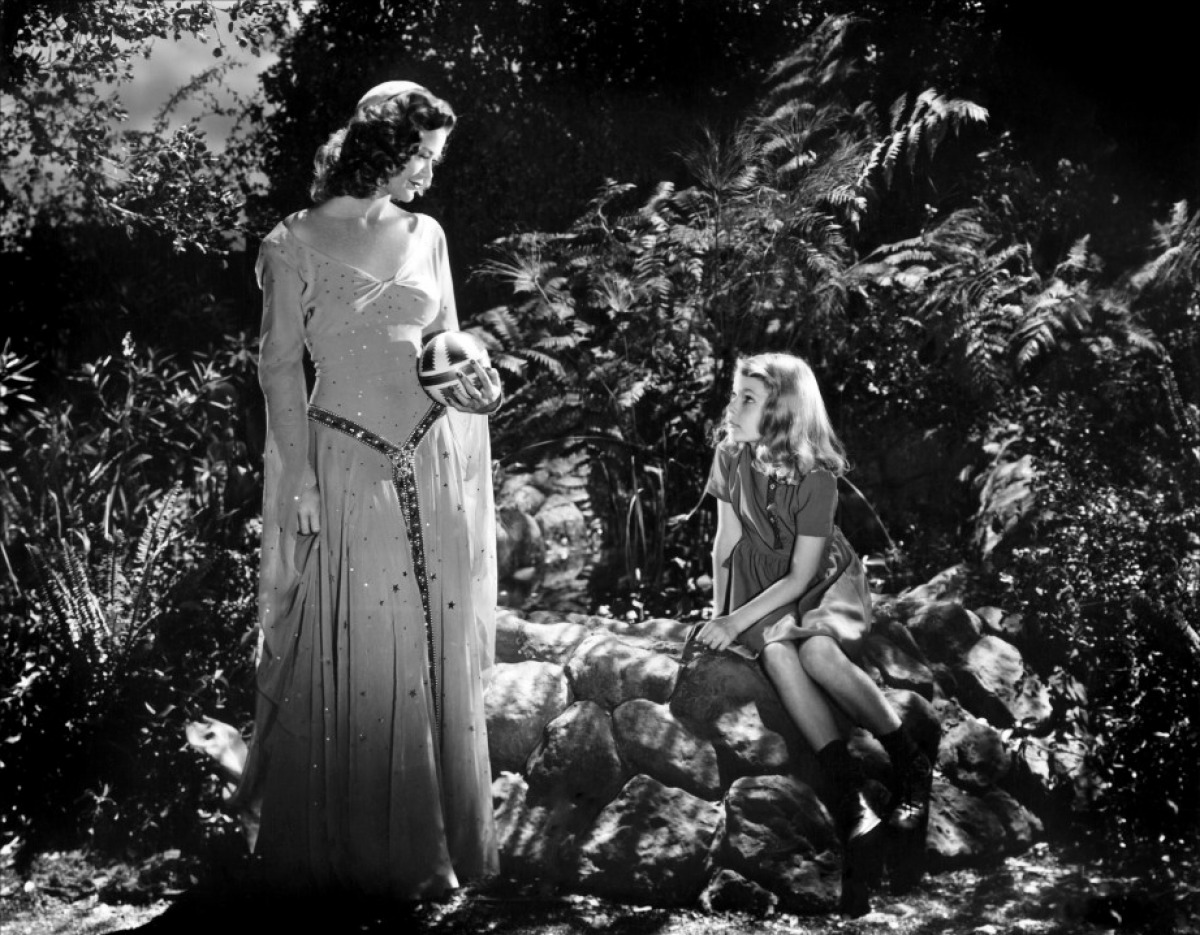 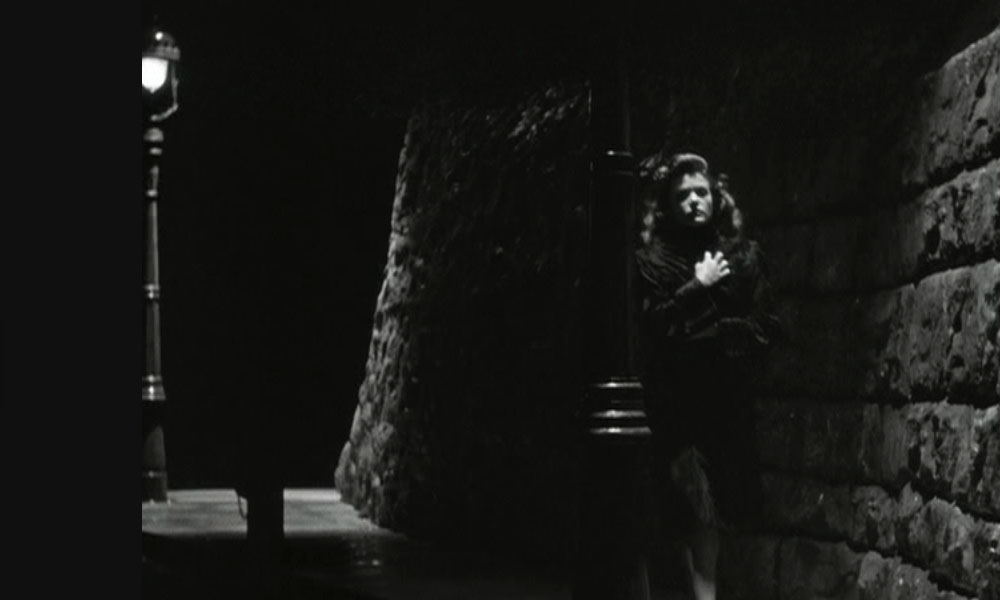 on the hunt
TODAY'S "WOMEN OF HALLOWEEN" SONG ON MY AUDIO BLOG "BATHED IN THE LIGHT FROM ANDROMEDA" IS "SAMHAIN NIGHT" BY LOREENA MCKENNITT.﻿
Posted by Cerpts at 7:00 AM