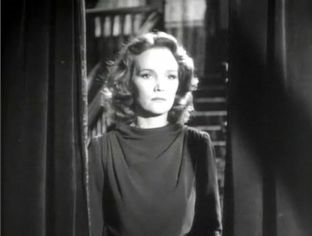 the fiercely feline-looking Elizabeth Russell joins her "sister" Simone Simon in the pantheon of the women of horror.  She was the ailing wife of Bela Lugosi in THE CORPSE VANISHES whose condition forced poor Bela to abduct brides on their wedding day and extract their precious fluids.  She was the very cat-like woman in a diner who recognized her sister in CAT PEOPLE.  She was the terminally ill woman who lived in the apartment next door to the mysterious Jean Brooks in THE SEVENTH VICTIM; whose apartment only contained two items.  She got mixed up with in the world of voodoo with Lon Chaney Jr. and Evelyn Ankers in WEIRD WOMAN.  She was the ignored, embittered woman who menaced little Ann Carter in CURSE OF THE CAT PEOPLE.  Here's how Elizabeth Russell slinked her way through the horror genre: 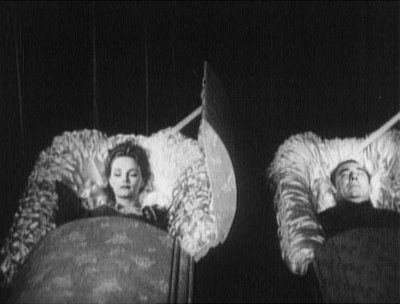 his and her coffins with Bela Lugosi in THE CORPSE VANISHES 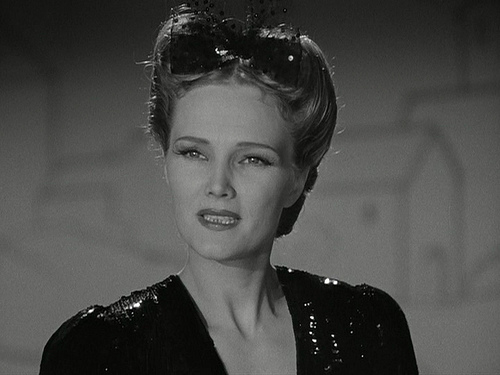 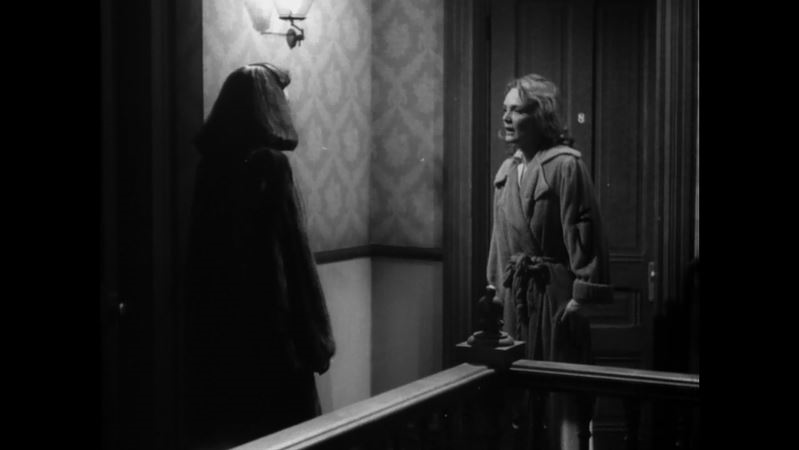 on the stairs again with Jean Brooks in THE SEVENTH VICTIM 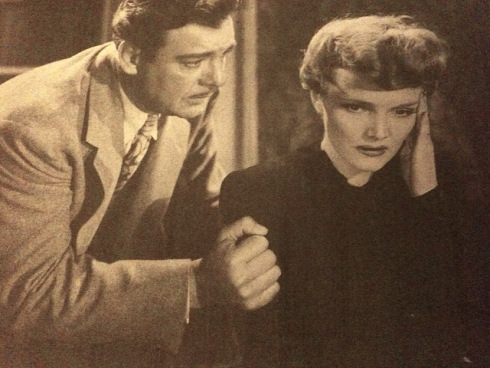 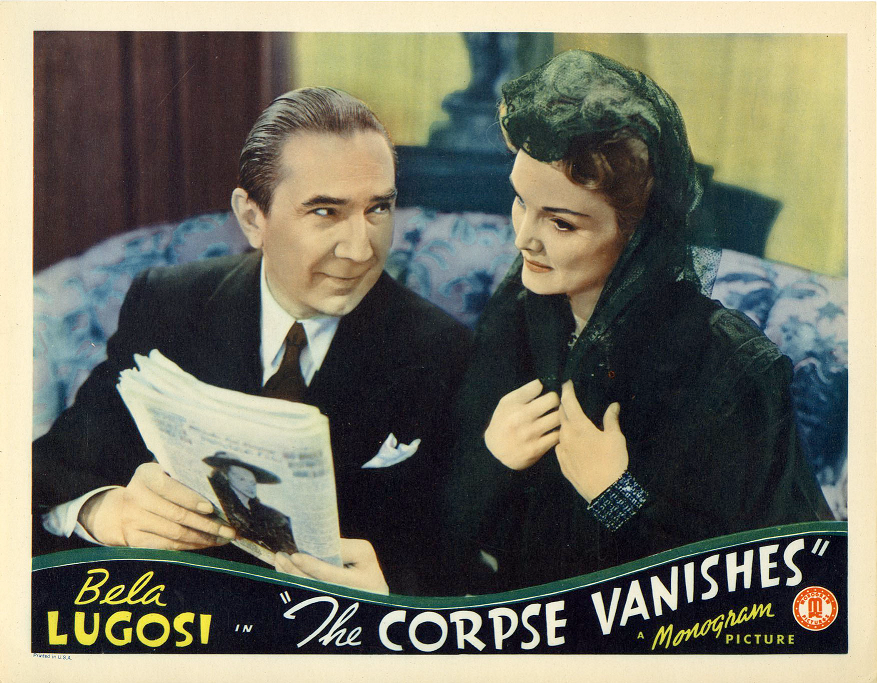 a colorized lobby card for THE CORPSE VANISHES 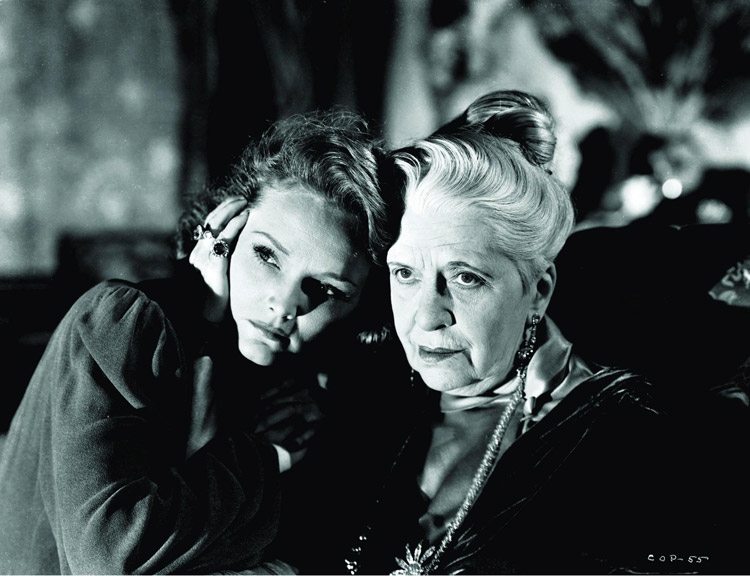 with her mother (Julia Dean) in CURSE OF THE CAT PEOPLE 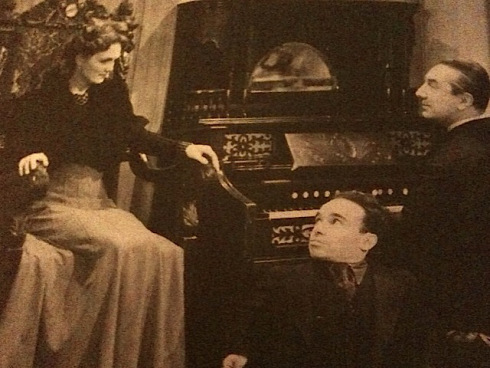 
TODAY'S "WOMEN OF HALLOWEEN" SONG ON MY AUDIO BLOG "BATHED IN THE LIGHT FROM ANDROMEDA" IS "THE INVISIBLE MAN" BY ALICE PEARCE.﻿
Posted by Cerpts at 7:00 AM