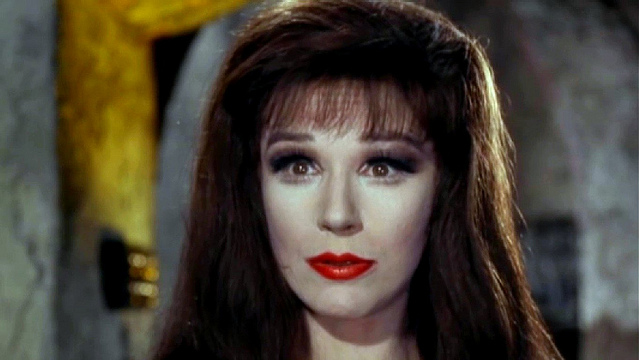 Here we have yet another woman who makes the pantheon of horror with just one role:  the slinky, voluptuous and velvety-voiced Valeria from the 1965 Hammer Horror parody CARRY ON SCREAMING!  Half Vampira and half Carolyn Jones' Morticia Addams (with just a pinch of Joan Greenwood), Fenella Fielding's portrayal of Valeria is sheer perfection in this lovingly-prepared send-up of Hammer Films during it's glory years.  The eyelashes!  That red dress!  And that mellifluous voice!  Valeria has been one of my horror icons since I first managed to pull in a fuzzy transmission of the film through my TV aerial from a New York broadcast station back in the early 1980s.  And, as an admirable footnote, Fenella Fielding was also the loudspeaker voice and telephone operator voice on the classic 1967 TV series THE PRISONER starring Patrick McGoohan. 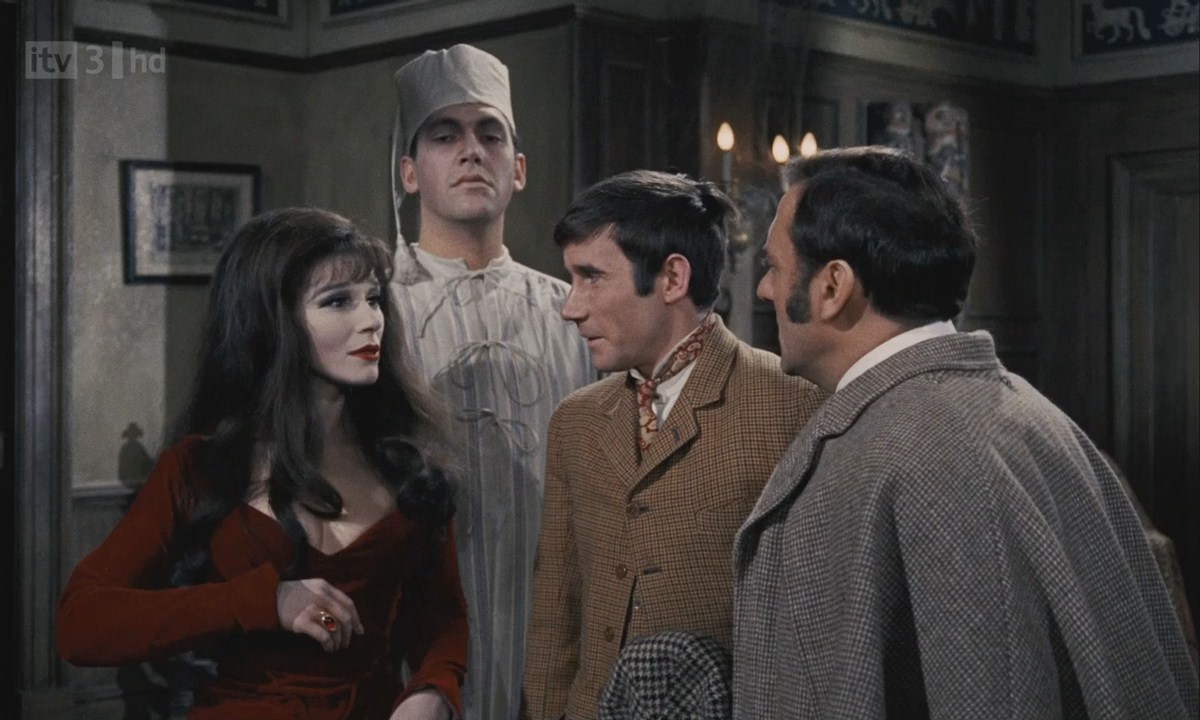 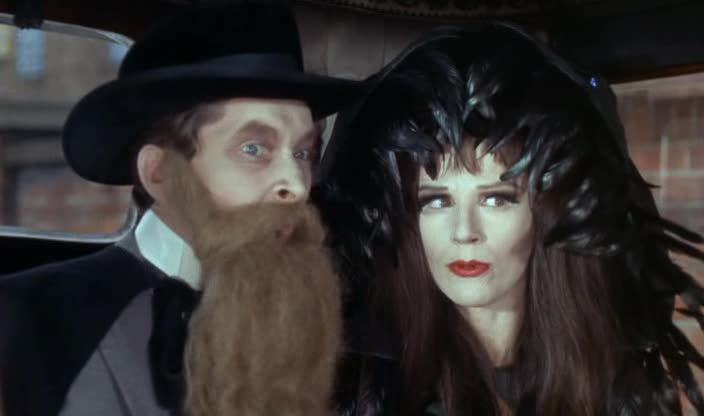 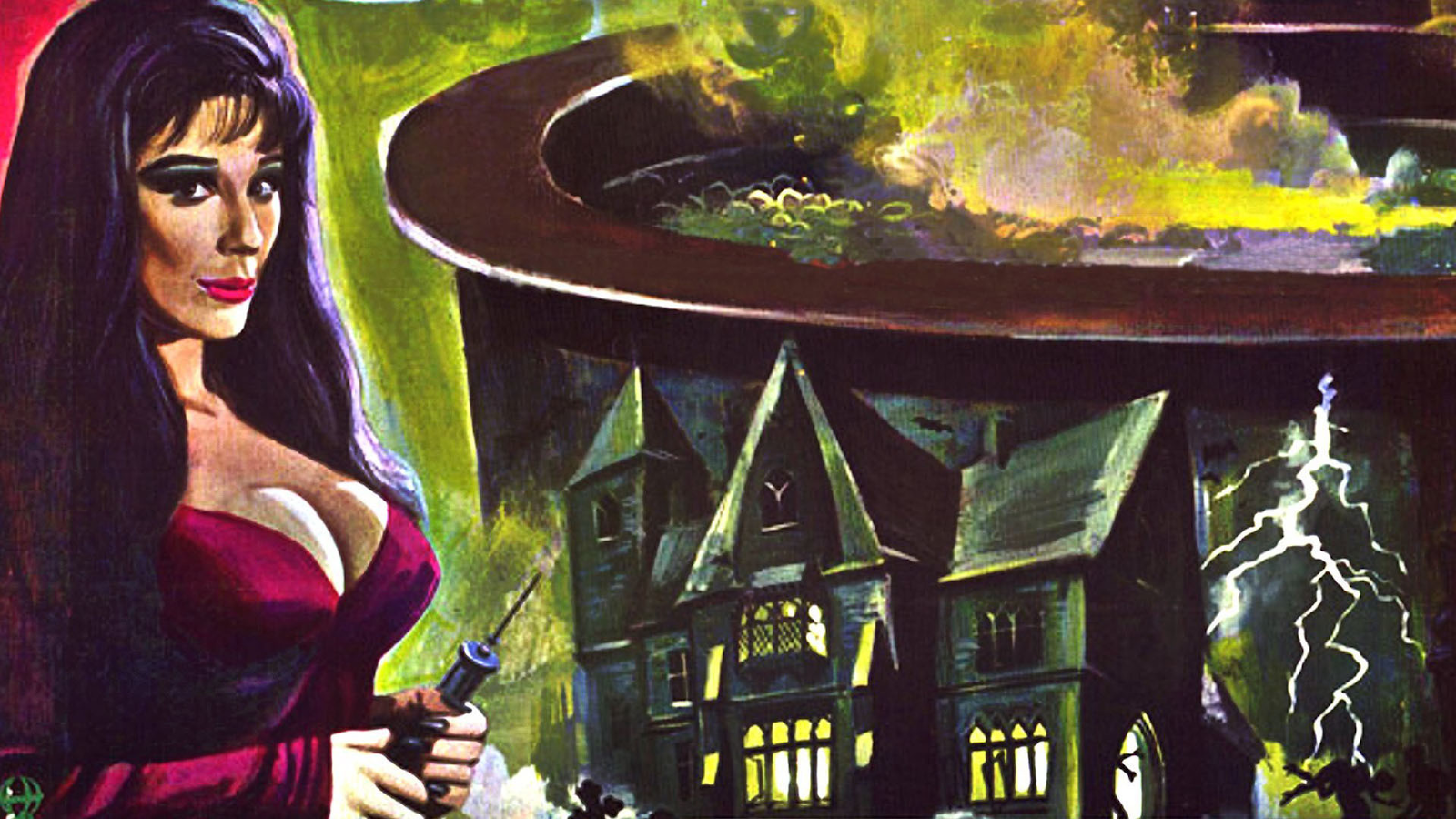 detail of poster art for CARRY ON SCREAMING! 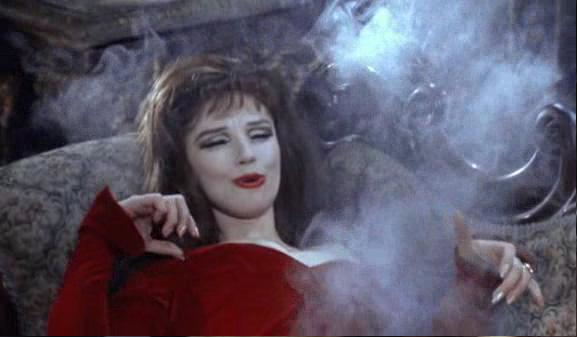 "Do you mind if I smoke?"
TODAY'S "WOMEN OF HALLOWEEN" SONG ON MY AUDIO BLOG "BATHED IN THE LIGHT FROM ANDROMEDA" IS TERESA BREWER'S COVER VERSION OF ROSEMARY CLOONEY'S "PUNKY PUNKIN"﻿
Posted by Cerpts at 4:00 AM