QUITE OFTEN IN THIS LIST OF THE PANTHEON OF WOMEN IN HORROR, THE ACTOR'S INCLUSION RESTS ON ONE SINGLE ICONIC PERFORMANCE; SUCH IS THE CASE FOR CARROLL BORLAND. 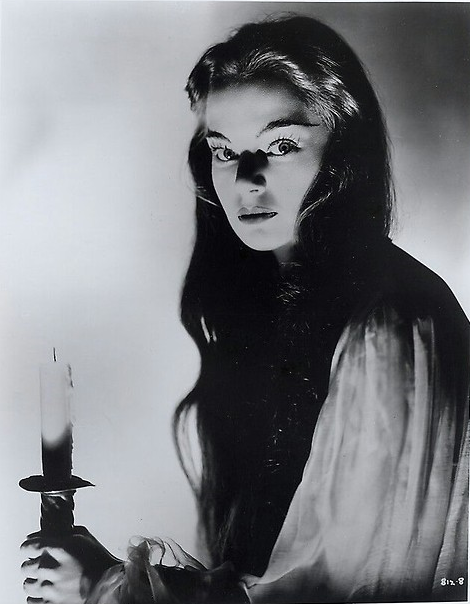 Her hauntingly feral Luna from Tod Browning's MARK OF THE VAMPIRE (a remake of the lost Lon Chaney Sr. film LONDON AFTER MIDNIGHT) is another shining example.  The long black hair later appeared on everyone from Carolyn Jones' Morticia Addams to the turn-of-the-century Japanese horror film boom of films like RINGU and JU-ON.  The long, white . . . I dunno . . . shroud I guess you'd call what she's wearing appearing ghostly in the night as she wanders in the fog or at the side of her vampiric father Count Mora (Bela Lugosi).  Oh, and that scenes where she sprouts bat wings!!!  Pure delirium!!! 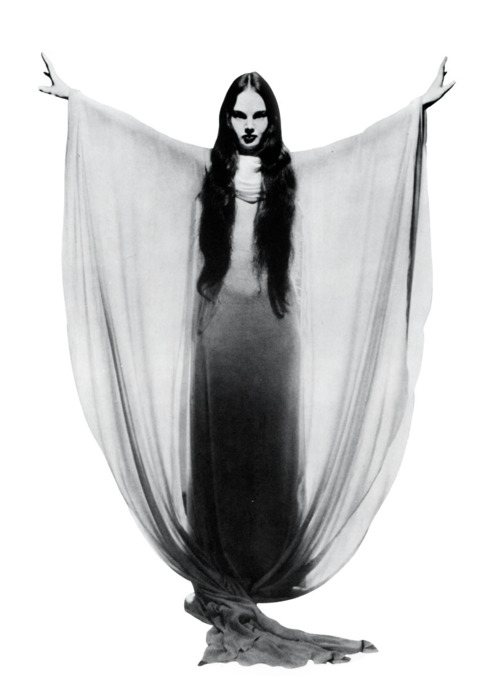 Luna in all her gory! 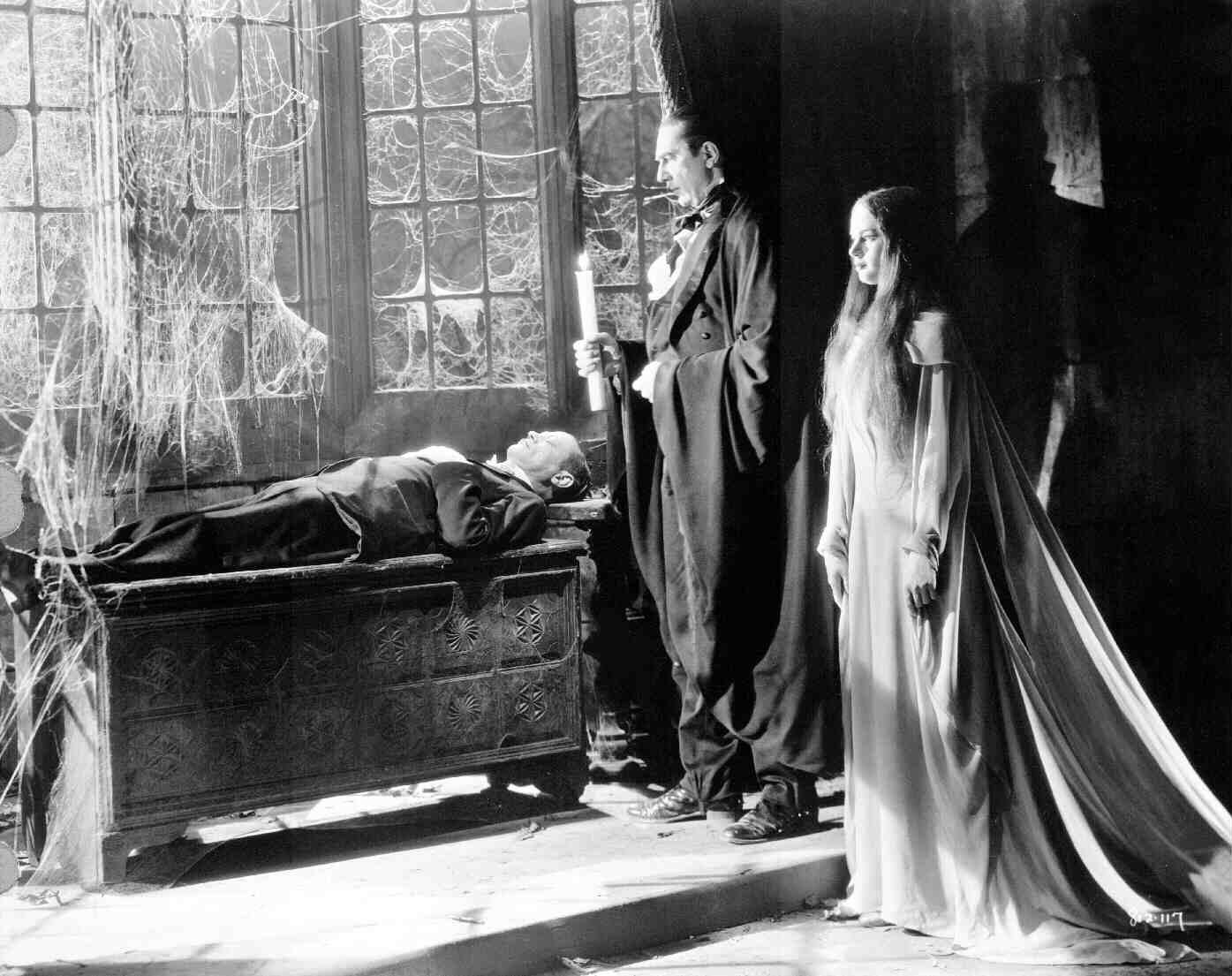 One of the most beautiful stills from classic horror! 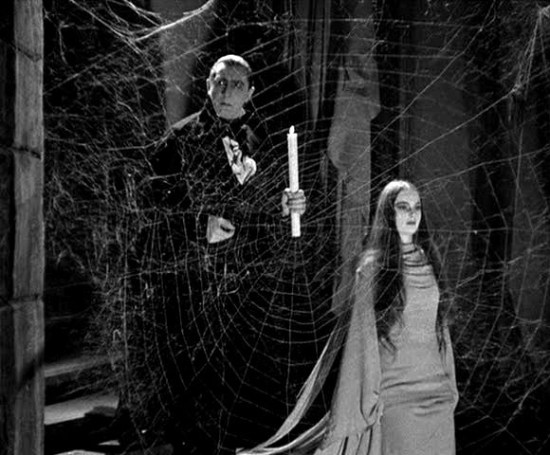 on another stroll with Daddy Count Mora (Bela Lugosi) 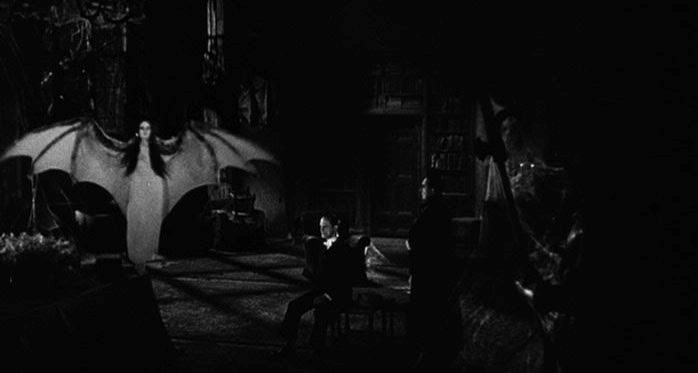 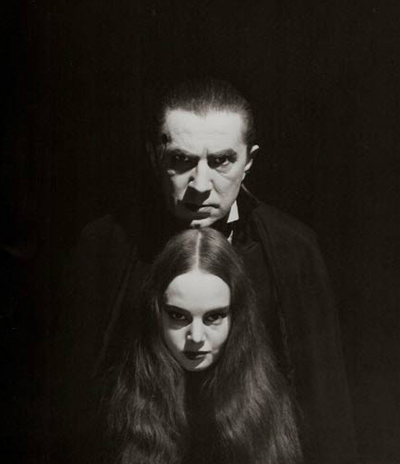 the family that bites together, frights together
TODAY'S "WOMEN OF HALLOWEEN" SONG ON MY AUDIO BLOG "BATHED IN THE LIGHT FROM ANDROMEDA" IS "TWO LITTLE MEN IN A FLYING SAUCER" BY ELLA FITZGERALD.﻿
Posted by Cerpts at 7:00 AM

I like the review of her, but just wanted to say, her hair was brown, not black.