IT SEEMS LIKE MADAME OUSPENSKAYA PLAYED HER GYPSY WOMAN IN COUNTLESS UNIVERSAL HORRORS. 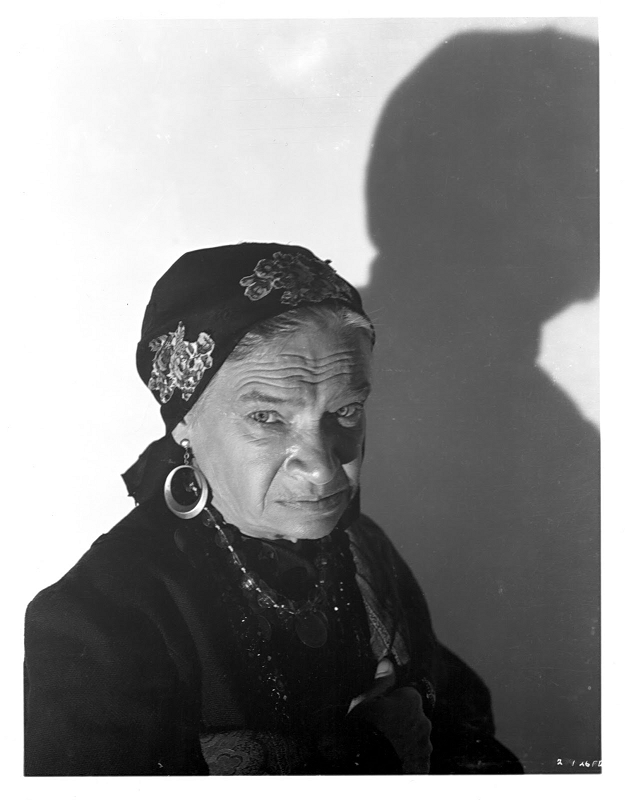 In fact, she only appeared as Maleva in two of them:  THE WOLF MAN and FRANKENSTEIN MEETS THE WOLF MAN.  Regardless of that fact, I don't see how one could argue the inclusion of Maria Ouspenskaya in the pantheon of the women of horror.  Not only was she the surrogate mother for Lawrence Talbot (Lon Chaney Jr.) but she was also the real mother of the werewolf who bit him:  Bela (Bela Lugosi)!  The old gypsy woman in ubiquitous when one thinks of classic 1940s horror movies (and many a werewolf movie since then) and there's a reason for that:  Maria Ouspenskaya. 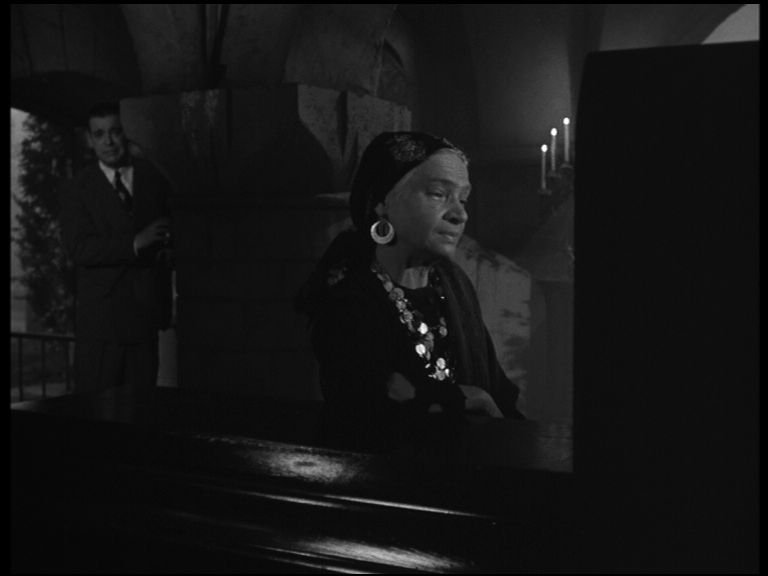 Lawrence Talbot (Lon Chaney Jr.) creeps up on Maleva as she sits by her son Bela's coffin 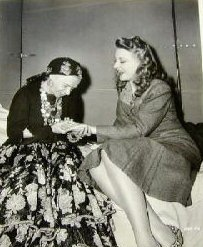 Fun on the set with Evelyn Ankers 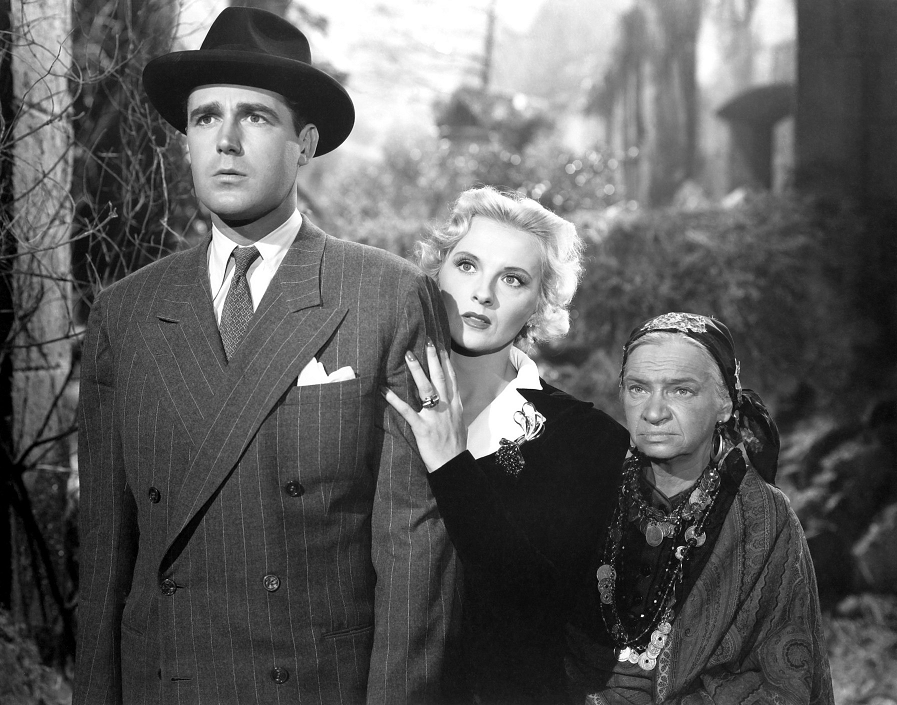 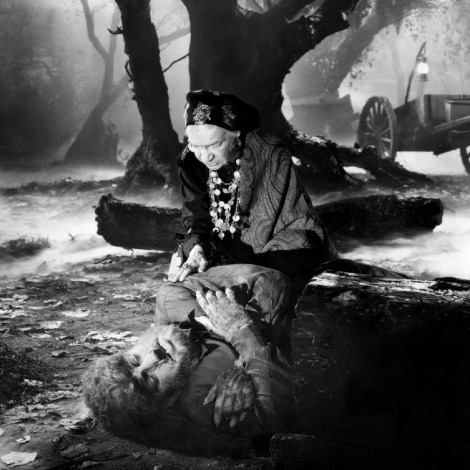 "The way you walked was thorny through no fault of your own..."
TODAY"S "WOMEN OF HALLOWEEN" SONG ON MY AUDIO BLOG "BATHED IN THE LIGHT FROM ANDROMEDA" IS "FRANKENSTEIN TWIST" BY THE CRYSTALS.﻿
Posted by Cerpts at 7:00 AM