I WANT YOU TO LOOK LIKE A FLAME MOVING THROUGH THE HOUSE. 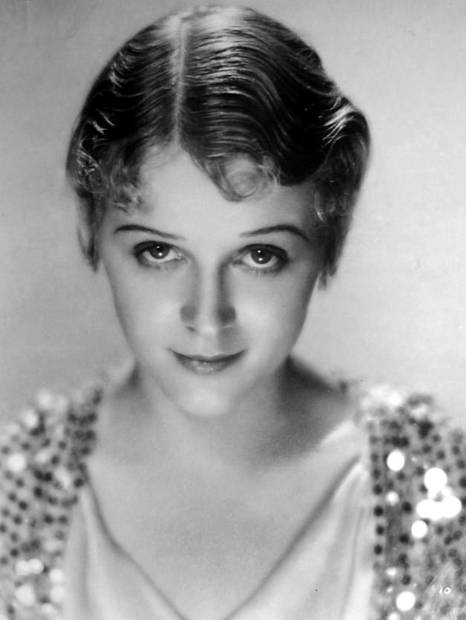 That's what director James Whale told Gloria Stuart when he dressed her in that slinky white taffeta gown in THE OLD DARK HOUSE in order to be chased by the deranged mute butler Morgan (played by King Karloff himself).  The vast unwashed may not have known about her until James Cameron's TITANIC but we intelligent connoisseurs of horror knew her from the 1930s.  She sought shelter from the storm in the aforementioned Whale-directed adaptation of J.B. Priestley's BENIGHTED along with an all-star cast including Boris Karloff, Charles Laughton, Melvyn Douglas, Raymond Massey, Lilian Bond and future Dr. Pretorius Ernest Thesiger.  And she was also the hapless fiancée of "The Invisible One" Claude Rains in Whale's adaptation of H.G. Wells' THE INVISIBLE MAN.  Here is Gloria Stuart's Cv which earns her a place in the pantheon of the women of horror: 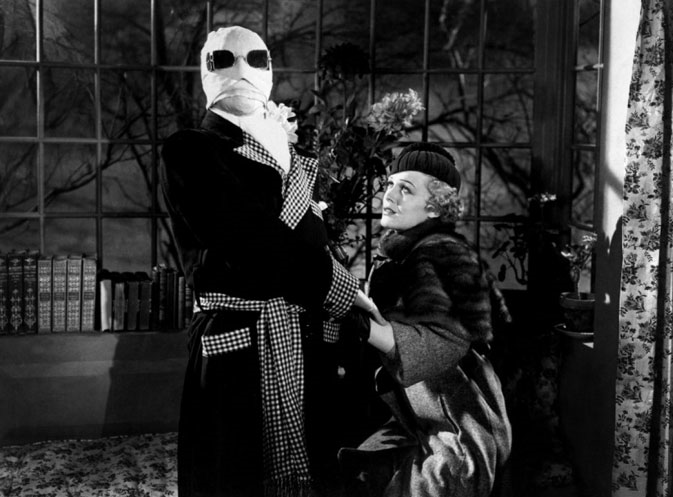 discussing wedding plans (?) with Claude Rains in THE INVISIBLE MAN 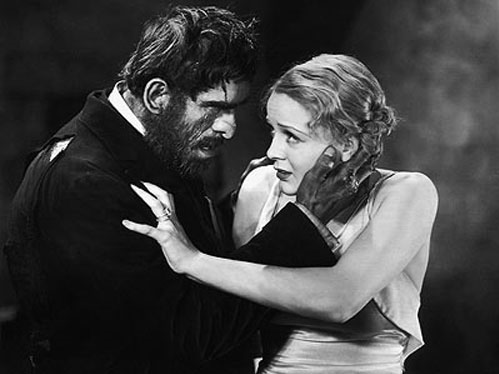 menaced by Morgan (Boris Karloff) in THE OLD DARK HOUSE 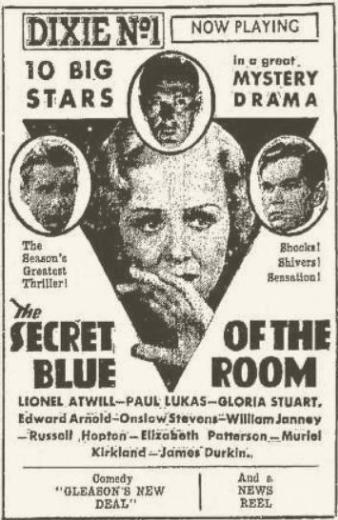 prominently features in poster art for SECRET OF THE BLUE ROOM

after dinner conversation with Lilian Bond, Melvyn Douglas, Ernest Thesiger & Raymond Massey in THE OLD DARK HOUSE
TODAY'S "WOMEN OF HALLOWEEN" SONG ON MY AUDIO BLOG "BATHED IN THE LIGHT FROM ANDROMEDA" IS "GRAVEYARD ROCK" BY TARANTULA GHOUL & THE GRAVEDIGGERS﻿
Posted by Cerpts at 7:00 AM