SO REGAL SHE CALLED HER AUTOBIOGRAPHY "HORROR QUEEN". 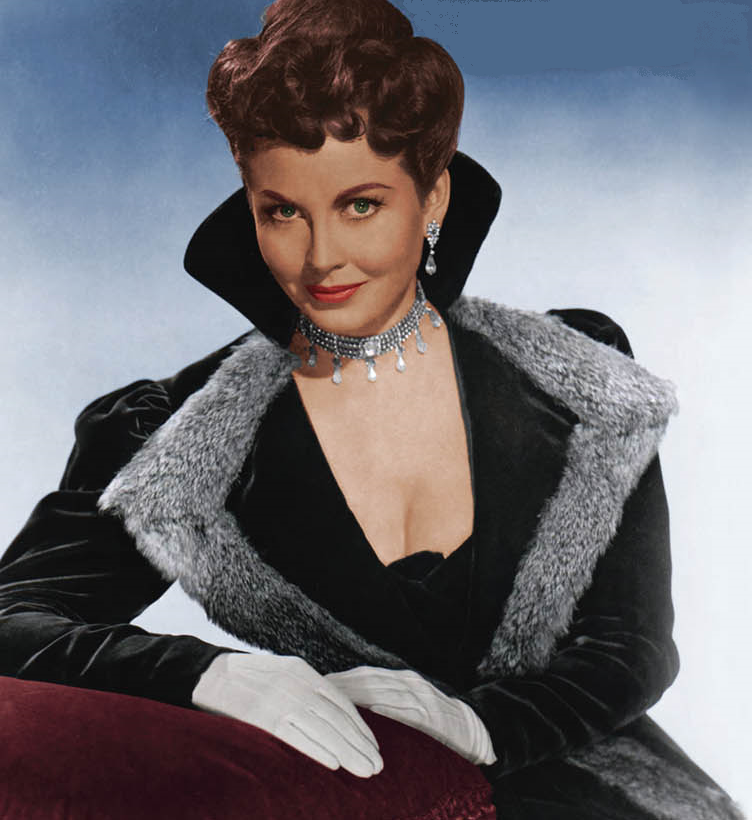 Hazel Court has worked with almost all of the biggies:  Boris Karloff, Vincent Price, Peter Cushing, Christopher Lee, Peter Lorre . . . hell, even Jack Nicholson!  If she hadn't missed out on Bela Lugosi, she'd have something of an unbeatable hand.  She's been menaced by the leather-clad DEVIL GIRL FROM MARS, haunted by a ghost ship, engaged to the sociopathic Dr. Frankenstein and threatened by his monster, ripped to pieces by a demonic bird and stalked by disembodied hands.  Hazel Court has an impressive horror Cv: 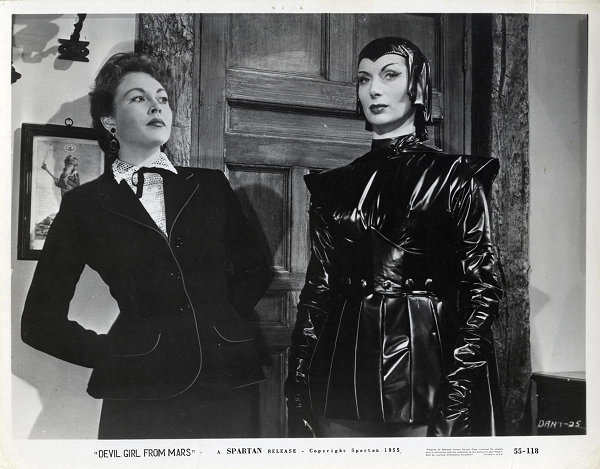 not too sure about Patrica Laffan in DEVIL GIRL FROM MARS 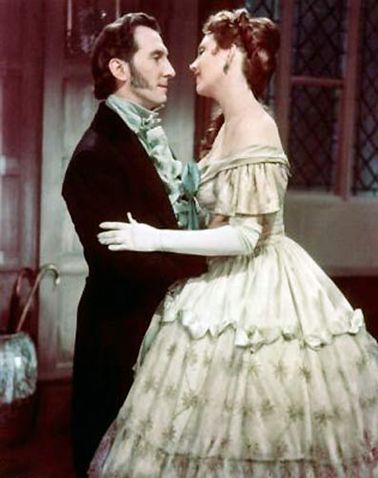 canoodling with Peter Cushing in CURSE OF FRANKENSTEIN 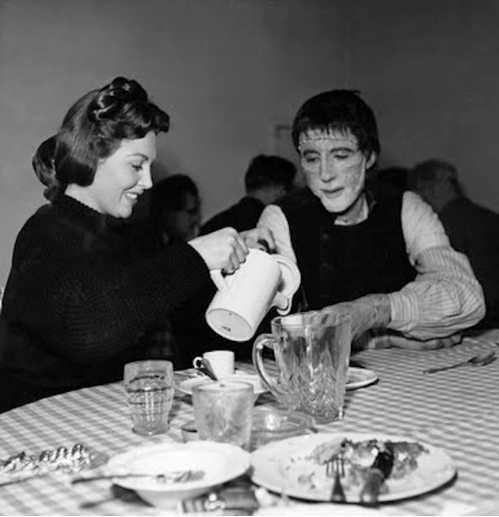 in the Hammer commissary with Christopher Lee 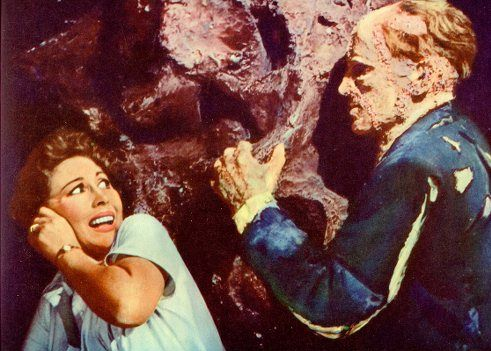 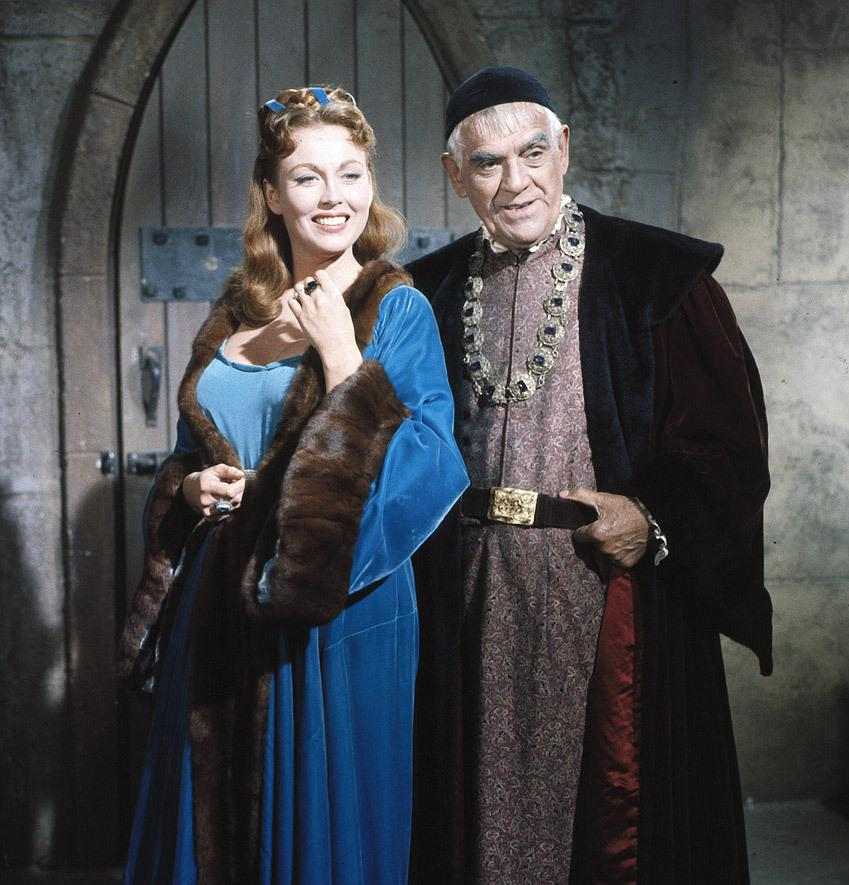 on the set of THE RAVEN with Boris Karloff 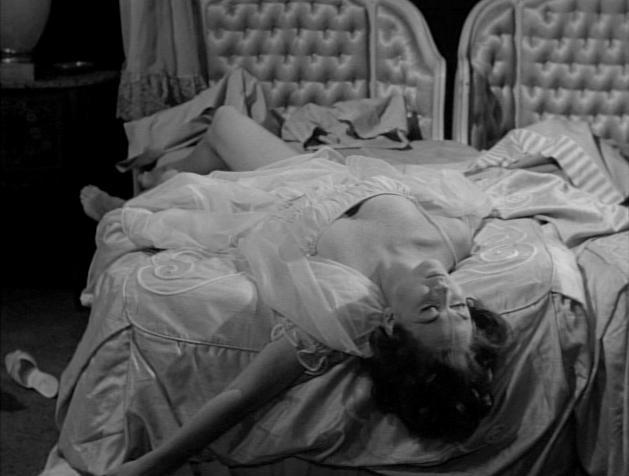 with Vincent Price in MASQUE OF THE RED DEATH having another bad day with Ray Milland in THE PREMATURE BURIAL 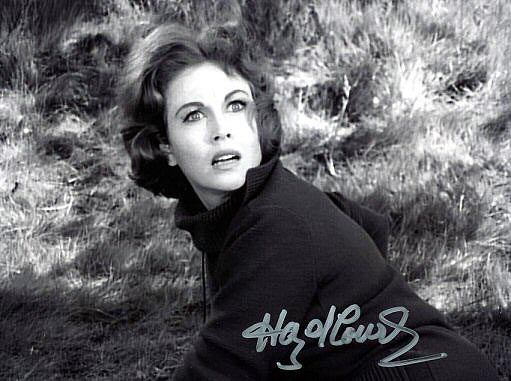 in the TWILIGHT ZONE episode THE FEAR 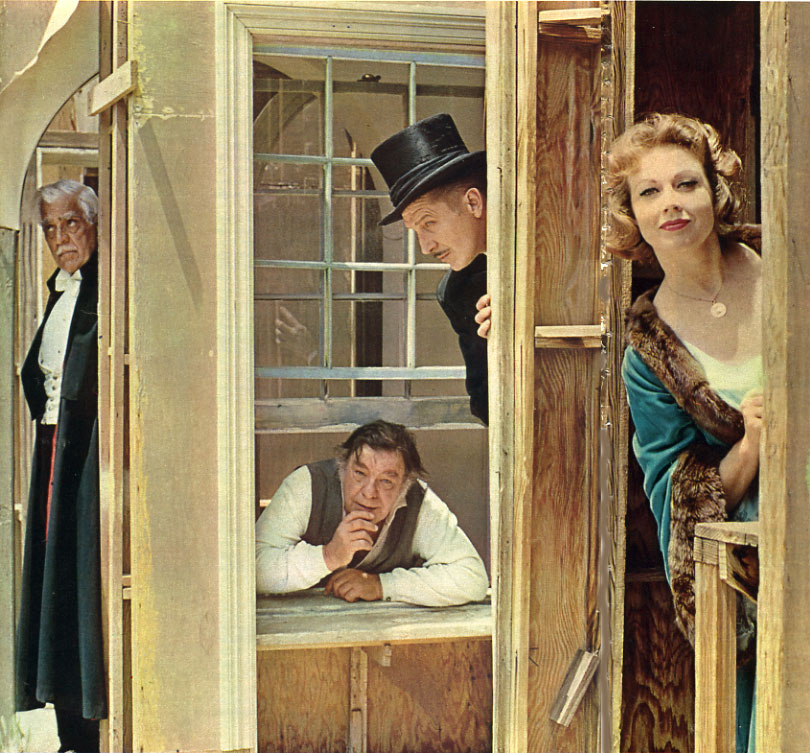 
TODAY'S "WOMEN OF HALLOWEEN" SONG ON MY AUDIO BLOG "BATHED IN THE LIGHT FROM ANDROMEDA" IS "MOTHRA'S SONG" BY THERESA FINAMORE & JULIANA A. HANSEN.﻿
Posted by Cerpts at 5:15 AM